Millman off to a winning start at Delray Beach

Australian John Millman has defeated in-form American Maxime Cressy in the opening round at this week's ATP 250 tournament in Delray Beach. 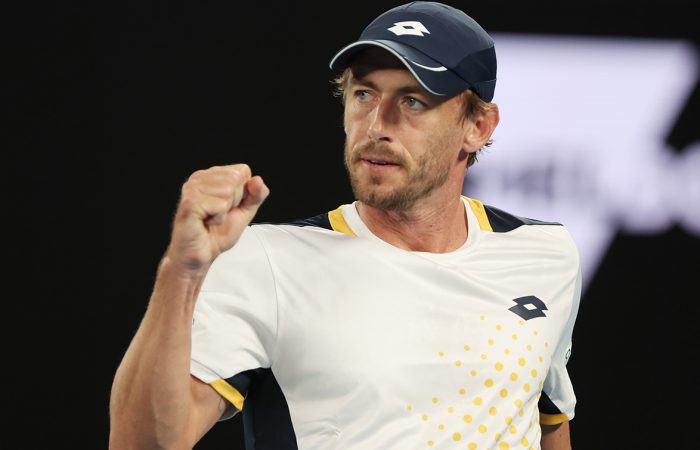 John Millman has made an impressive start at an ATP 250 tournament in Delray Beach, eliminating eighth seed Maxime Cressy in the opening round.

Their was only two service breaks in the two-hour and 53-minute battle, with Millman proving clutch under pressure to seal a hard-fought win.

Cressy had entered the tournament in red-hot form, having progressed to a first ATP final at the Melbourne Summer Set last month and then enjoying a career-best fourth round run at the Australian Open.

Millman is now set to face another American in the second round – either two-time Australian Open quarterfinalist Tennys Sandgren or world No.64 Marcos Giron.

Two more Aussies, Thanasi Kokkinakis and Jordan Thompson, are still to play their first-round matches at the hard-court tournament.

Slovak Alex Molcan has ended the winning run of Australian qualifier Chris O’Connell at an ATP 250 tournament in Doha.

Ajla Tomljanovic has lost her final qualifying round match at a WTA 500 tournament in Dubai, beaten by Romanian Elena-Gabriela Ruse in straight sets.

However, there is good news for the 28-year-old Australian, who has received a lucky loser spot in the main draw.

World No.39 Tomljanovic has been pitted against Russian qualifier Varvara Gracheva in the first round.