Dream run continues for Fourlis and Kubler at AO 2022

Having never won a match together before Australian Open 2022, Jaimee Fourlis and Jason Kubler have now progressed all the way to the semifinals. 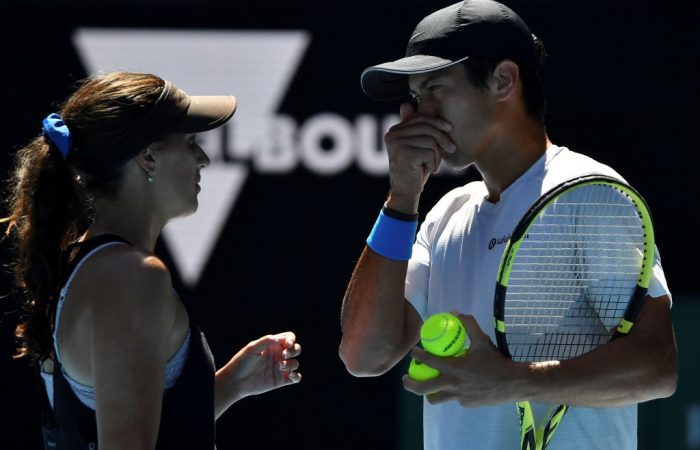 Having saved match points in each of their last two matches, Fourlis and Kubler were always in front this afternoon.

They claimed an early break on route to a 6-4 first set, before leading all the way in the second-set tiebreak.

Fourlis and Kubler’s opponents had won 20 Grand Slam titles – across doubles and mixed doubles – while the Australian wildcard entrants had not won a match together before this week.

“It’s crazy when we win, we look at each other and think ‘what the hell is happening right now?’,” Kubler said on court.

Fourlis and Kubler defeated No.7 seeds Nina Stojanovic and Mate Pavic in the first round, before downing experienced Australian duo Sam Stosur and Matthew Ebden in the second.

“I feel like for us it’s just one match at a time, one day at a time and anything is possible,” said Fourlis, who produced a rock-solid performance.

“We’ve got a lot of my friends and family here. I’m from Melbourne so it is really great to do it here. It’s been unreal.”

A key for the Australians was saving nine of the 11 break point chances the experienced Ram and Mirza created.

By contrast, Fourlis and Kubler converted three of their four chances to break, with both serving  extremely well on big points.

In the second set tiebreak, the pair set up two match points at 6-4, missing a forehand on the first, but some sharp net play helped them secure a second.

“I think we get a day off tomorrow,” said Kubler, as a dream home title edged closer.

“We’ll just relax a little bit and hopefully keep doing what we are doing.”