Birrell beaten in final round of Australian Open 2022 qualifying

Kimberly Birrell's hopes of securing a place in the Australian Open 2022 main draw have been dashed by Brit Harriet Dart in the final qualifying round. 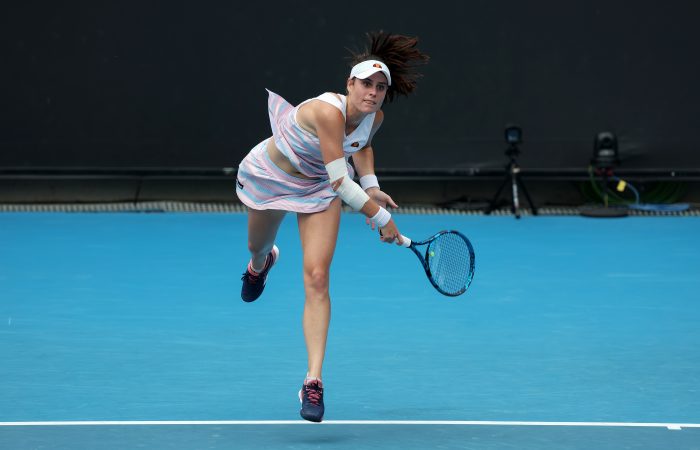 Dart’s 6-3 6-3 victory ends an impressive effort from world No.664 Birrell, who was contesting only her second professional tournament in more than 10 months after being sidelined with a right elbow injury.

After a delayed start due to rain this morning, both players traded breaks in the opening three games at Court 3.

It was world No.125 Dart who held first, moving ahead 3-1. But Birrell quickly bounced back, winning the next two games to level.

Both players wrested for control with some exceptional shot-making and thrilling rallies in an entertaining 47-minute opening set, striking nine winners each. However, Birrell’s 18 unforced errors proved costly compared to Dart’s 11.

A determined Birrell fought back early in the second set, breaking in both the third and fifth games. But each time, was unable to consolidate.

As Dart’s confidence grew, the 25-year-old Brit reeled off four consecutive games to seal victory in one hour and 45 minutes.

Despite the loss, Birrell can take many positives from a career-best run in a Grand Slam qualifying draw.

“I think I’ve had a really great week considering all of the adversity I went through last year. To even step out on the court and play one match was amazing,” the former world No.154 said.

“To get to play three, I’m super proud of myself and the way that I’ve performed. I’ll definitely take a lot of positives out of my last two matches and even today, even though the result didn’t go my way, hopefully this has set me up for a really positive year.”