Aussie wildcard Kimberly Birrell is through to the final round in the Australian Open 2022 women's qualifying singles competition. 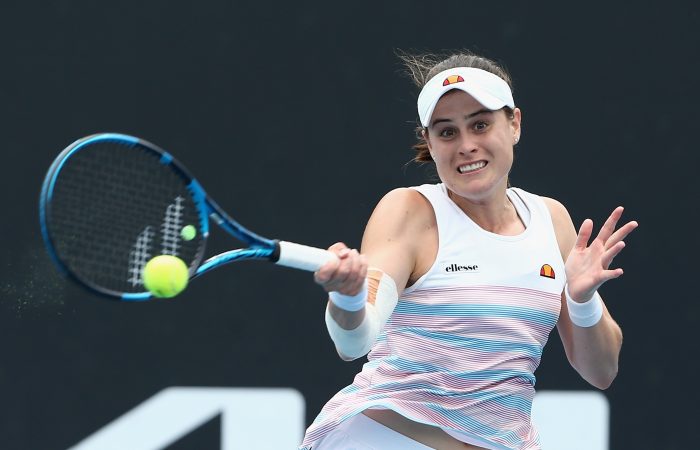 Kimberly Birrell has booked her spot in the final round of the Australian Open 2022 qualifying competition.

“I’m really happy and excited that I get to play again. I’m stoked,” Birrell said.

Birrell made a blistering start against the 30-year-old Georgian, racing to a 4-0 lead and securing the opening set in 31 minutes.

From there, the world No.664 continued her impressive momentum. Birrell completely overpowered the world No.143, striking 24 winners in the 62-minute encounter.

Competing in only her second tournament after being sidelined for 10 months with a right elbow injury, Birrell admits she is playing without expectations.

“To be honest, even just playing first round on Monday meant so much to me,” Birrell said when asked what qualifying would mean to her.

“I’m just taking it one match at a time. Each time I’m stepping out on court, I’m pinching myself and feeling really grateful. I’m just really happy to be playing after what I’ve been through the last couple of years.”

Birrell is one of seven Australian women to advance to the second round in this year’s qualifying competition, the most in more than three decades.

Birrell admits supporting her fellow Aussies has been taking up a lot of her attention this week too.

“I’ve been non-stop on the (AO) app, refreshing the scores. I don’t even want to know what my screen time is,” she laughed. “Both the men and the women seem to be doing really well this week.”

Birrell now faces 25-year-old Brit Harriet Dart, who she warmed up with this morning, in the final qualifying round.

“I know she’s a really fierce competitor and never down and out,” Birrell said of the world No.125. “I’ll just have to put my best foot forward and see what happens.”