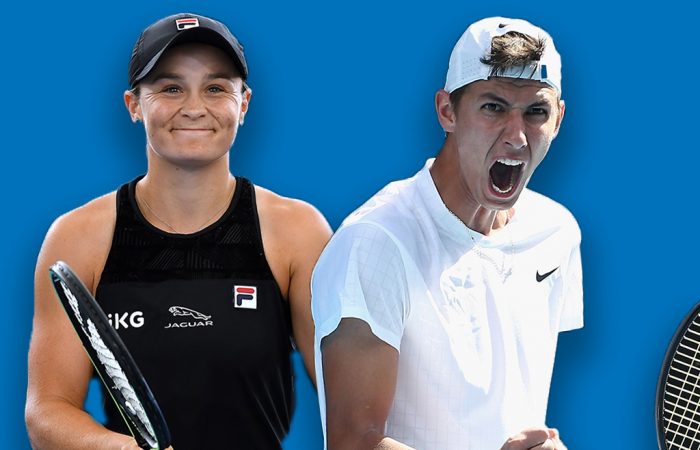 The world No.1 receives an opening-round bye at the WTA 500 tournament, which will be played at Sydney Olympic Park Tennis Centre from 9-15 January.

Barty is one of four Australian hopes in the 30-player draw, which includes seven of the world’s top 10 players.

Astra Sharma has been pitted against world No.10 Ons Jabeur, a rematch of the Charleston final won by the 26-year-old Australian last season.

Alexei Popyrin begins his Sydney Tennis Classic campaign against world No.60 Pedro Martinez. It will be his first career meeting with the 24-year-old Spaniard.

Local wildcard Jordan Thompson has drawn American Marcos Giron in the opening round of the ATP 250 tournament, while Nick Kyrgios faces former top-10 player Fabio Fognini in his first match of the 2022 season.

“I just want to go out there and have fun,” said Kyrgios, who won his only previous meeting against Fognini in 2018.