Popyrin advances to second round at Melbourne Summer Set 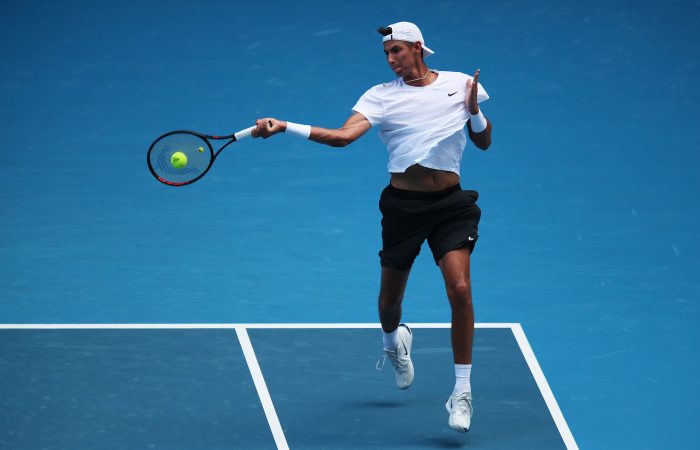 Alexei Popyrin has made a promising start to his Australian summer.

The world No.61 recorded a 7-6(5) 6-3 victory against Italian Stefano Travaglia in Melbourne Summer Set action today at Melbourne Park.

The Australian had lost his only previous meeting with the 30-year-old Italian, a qualifying match at Marseille in 2018. But the highly-rated 22-year-old demonstrated his improvement to triumph in today’s one-hour and 43-minute battle at Rod Laver Arena.

Popyrin sealed a tight opening set with his seventh ace of the match, a powerful weapon that was helping him quell the defensive efforts of world No.78 Travaglia.

The momentum quickly changed in the second set, with Travaglia racing to a 3-0 lead.

But after taking a medical timeout for a toe injury, Popyrin took control and won six consecutive games to seal victory.

Popyrin’s confidence is brimming following a career-best season in 2021. He captured his first ATP singles title and rose to a career-high ranking of No.59 in November. The 196-centimetre talent also memorably saved four match points to win a five-set battle with world No.15 David Goffin at last year’s Australian Open.

Determined to continue this encouraging momentum, Popyrin now faces the Netherlands’ Tallon Griekspoor in the second round.

It will be Popyrin’s first career meeting with the world No.65, who eliminated seventh-seeded German Dominik Koepfer in the opening round.

Earlier today, Jordan Thompson won an all-Australian battle with Chris O’Connell. The world No.75 prevailed 1-6 7-5 6-4 against his compatriot.