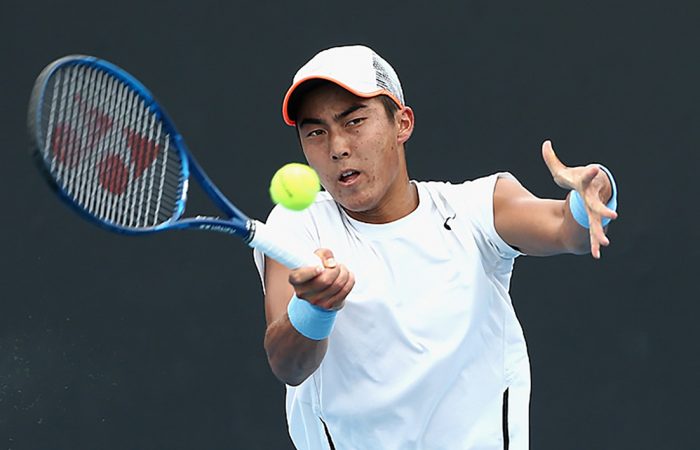 Rinky Hijikata has scored the biggest win of his career to qualify at this week’s Melbourne Summer Set.

The 20-year-old Australian wildcard overcome world No.98 Henri Laaksonen in a two-hour and 30-minute battle during final qualifying round action at Melbourne Park today.

Hijikata demonstrated incredible grit to recover from a 2-4 deficit in the second set and then sensationally save a match point in the second-set tiebreak.

Despite almost letting a 4-0 advantage slip in the deciding set, Hijikata held his nerve to close out a 4-6 7-6(8) 6-4 victory against the second-seeded Swiss.

It is the world No.375’s career-first top-100 win and also the first time he has qualified for an ATP tournament.

Hijikata has been pitted against American Maxime Cressy, a fellow qualifier ranked No.112, in the opening round.

He joins fellow Australians Alexei Popyrin, Jordan Thompson and Chris O’Connell in the main draw of the ATP 250 tournament.

Nick Kyrgios was also meant to compete, but withdrew ahead of his scheduled first-round match this evening due to asthma. The 26-year-old Australian will be replaced in the draw by a lucky loser.

“I’m really sorry that I’ve had to pull out from this Melbourne Summer Set event,” Kyrgios said in a statement. “I have been feeling run down and unwell for four days. I have had several COVID tests over the last few days, which all came back negative.

Melbourne Summer Set tickets are now on sale, with prices beginning at $19. Kids can attend for free.