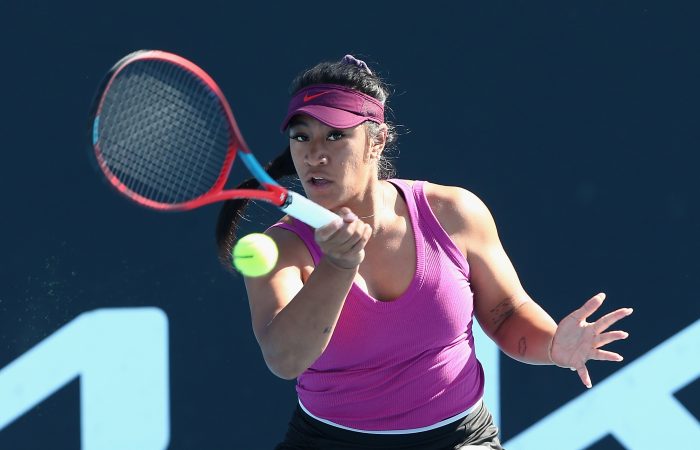 Destanee Aiava has made a promising start to the 2022 season, winning back-to-back matches at tour-level for the first time since February 2020.

The 21-year-old recorded a 6-4 6-4 victory against fellow Australian Taylah Preston in final qualifying round action at Melbourne Park today.

Preston, an unranked 16-year-old from Perth, upset former world No.5 Sara Errani in the opening round but proved no match for the determined Aiava.

Aiava, currently ranked No.316, is looking to improve her ranking after only claiming three wins in total on the professional tour during 2021.

With two wins in as many days, Aiava has now qualified at a WTA tournament for the fourth time in her career and for the first time since April 2019.

Aiava, whose ranking peaked at No.147 in September 2017, has been pitted against former world No.1 Simona Halep in the opening round.

They have played once before – in the first round at Australian Open 2018, where Aiava memorably tested Halep and led 5-2 in the opening set. The Romanian fought back to win 7-6(5) 6-1 and went on to reach the tournament’s final.

While Arina Rodionova’s singles tournament is also over, with Romanian Elena-Gabriela Ruse scoring a 6-3 6-2 victory in their first-round clash.