Ajla Tomljanovic launches her 2022 season with a first-round win at the Adelaide International. 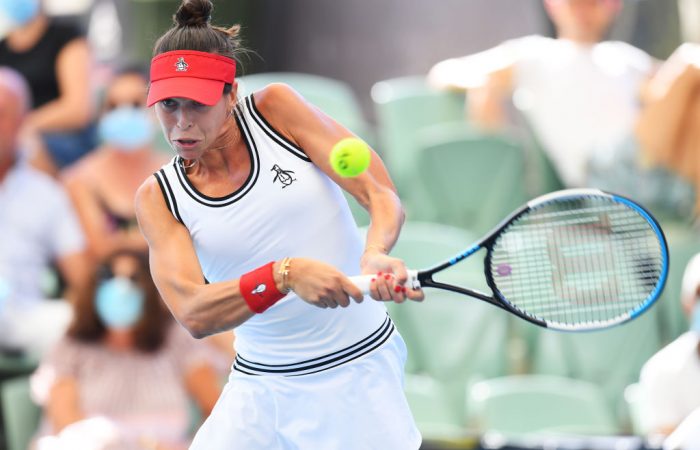 World No.45 Ajla Tomljanovic began her 2022 season in style, with a first-round victory over Brit Heather Watson at the Adelaide International.

Tomljanovic had to fight hard throughout but held her nerve on the big points to prevail 6-4 7-6(5) in one hour and 55 minutes.

The Australian returned strongly in the opening set, securing two breaks as she claimed it 6-4 with minimal errors.

In the second set, Tomljanovic again gained a key break of serve in the seventh game but was broken to love when serving for the match at 5-4.

A tiebreak followed, with both players going point for point before Tomljanovic converted her first match point at 6-5 in the breaker.

Reflecting on a tough first-round encounter, Tomljanovic said she was pleased to secure a first win for season 2022.

“The first match of the year is always tough,” said the Australian.

“You never know what to expect or how you are going, so to get that first win is really good.”

The 28-year-old is coming off the best season of her career, winning eight Grand Slam matches in 2021, including a quarterfinal run at Wimbledon.

But Tomljanovic is keeping a level head as she launches another year on tour.

“I don’t like big goals because if I don’t reach them it is seen as a failure,” she said.

“I always target the Slams but it’s difficult being unseeded. We all want to play well in those big events so that would be the aim again is to play strong in the big events.”

Tomljanovic next takes on the winner of Tuesday’s clash between American Sofia Kenin and Italian Lucia Bronzetti.

“I haven’t seen Bronzetti play before so that will be interesting,” said the Australian.

“I know Sofia took a break after Wimbledon, but she can be very good.”

Tomljanovic recorded the first of two significant wins for Australian women in Adelaide, Priscilla Hon following with a career-best win over Petra Kvitova.