Daria Saville and Maddison Inglis have earned entry into the Adelaide International main draw after winning through qualifying. 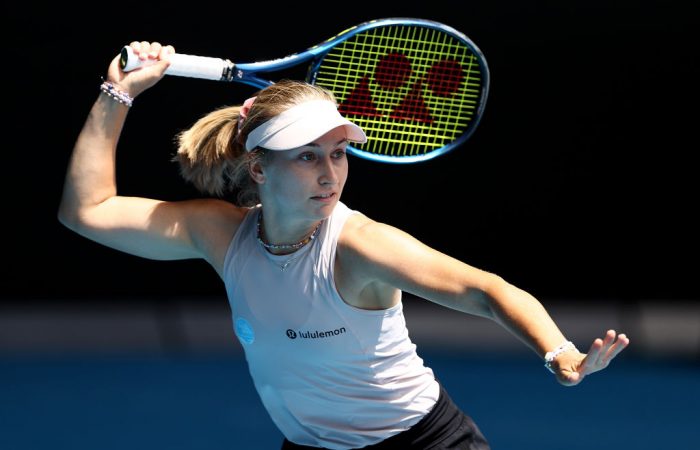 Daria Saville’s comeback from injury continues to gather momentum, with the Aussie winning her way into the main draw of the Adelaide International today.

Saville (nee Gavrilova) defeated Britain’s Katie Boulter 7-5 3-6 6-4 in two hours and 14 minutes to secure her place alongside a host of other Australians in the main draw at Memorial Drive.

What a way to start 2022! @Daria_gav is into the main draw at the 2022 Adelaide International claiming a 7-5 3-6 6-2 win over Katie Boulter 👊#AdelaideTennis pic.twitter.com/XKf5dWLNzw

The victory comes 24 hours after Saville defeated American Caty McNally, in her first match on Australian soil since last February. She subsequently underwent surgery on an Achilles injury that curtailed the majority of her 2021 season.

Saville’s victory over Boulter was a tough grind, in which the former world No.20 had a slight edge in most areas and was able to make the most of more chances during big points with a crucial break of serve coming at 3-2 in the third set.

Saville won 74 per cent of points on first serve compared to 62 per cent for Boulter, and she generated 12 break points chances to eight, converting six to the Brit’s three.

A crowd favourite, Saville has twice reached the fourth round of the Australian Open and was last month granted a wildcard into this year’s event alongside Maddison Inglis, Storm Sanders and Sam Stosur.

Inglis has also qualified for the main draw in Adelaide after a dominant 6-1, 6-4-win over Spain’s Irene Burillo.