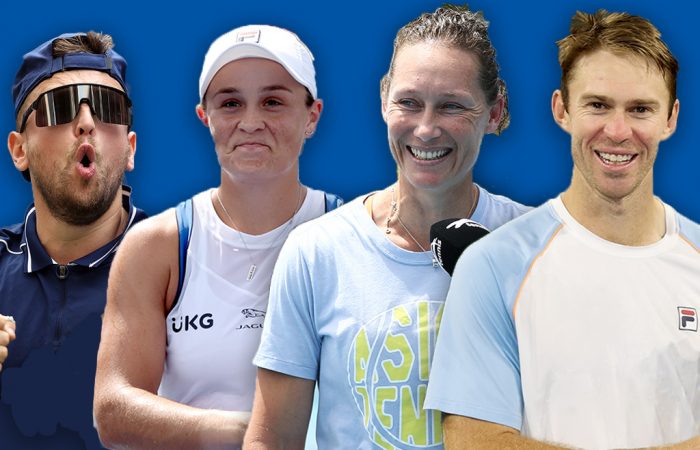 The Newcombe Medal nominees have been announced, with Grand Slam champions Dylan Alcott, Ash Barty, John Peers and Sam Stosur all vying for the top honour at the upcoming 2021 Australian Tennis Awards.

The winner of the Newcombe Medal, the highest individual honour in Australian tennis, will be announced during a gala virtual ceremony on Friday 17 December.

The 2021 Australian Tennis Awards will celebrate the achievements of Australia’s tennis community across 13 award categories with tennis clubs, volunteers, officials, coaches, schools and talented junior players all recognised for their outstanding achievements and contributions to tennis throughout the year.

“The Newcombe Medal, Australian Tennis Awards night is a wonderful opportunity to pause and reflect on the stand out performances and incredible achievements of our hard working and dedicated tennis community,” Tennis Australia CEO Craig Tiley said.

“Our professional athletes have achieved incredible results this year. From Grand Slam titles to Olympic and Paralympic performances and medals, they have done themselves and their country proud while providing tremendous inspiration for not only the next generation of up and coming players, but for all Australians.

“Never before has it been so important to acknowledge and celebrate the drivers of grassroots tennis who, in spite of a global pandemic and against all odds, have continued to grow participation numbers across our great sport. The collective service of these selfless individuals remains at the very heart and soul of tennis in Australia and their efforts are commendable beyond doubt.

“To be nominated at the Australian Tennis Awards is a wonderful honour and achievement and I wish all nominees the very best of luck on the night,” Tiley continued.

With Alcott, Barty, Peers and Stosur all finishing the 2021 season ranked inside the world’s top 20, competition for the coveted Newcombe Medal is strong.

“To be recognised by the Australian tennis community with this nomination is special,” said world No.1 Ash Barty.

Dylan Alcott agreed. “It is a huge honour to be nominated for the Newk,” he said. “2021 was a great year for tennis in Australia, so we are grateful that we got to play a part in that.”

The Newcombe Medal is named after tennis legend John Newcombe, who won seven Grand Slam singles titles throughout the 1960s and 1970s. It is the top award at the annual Australian Tennis Awards, which celebrate and recognise the performances, achievements and contributions made by members of the tennis family.