De Minaur exits in fourth round at Indian Wells 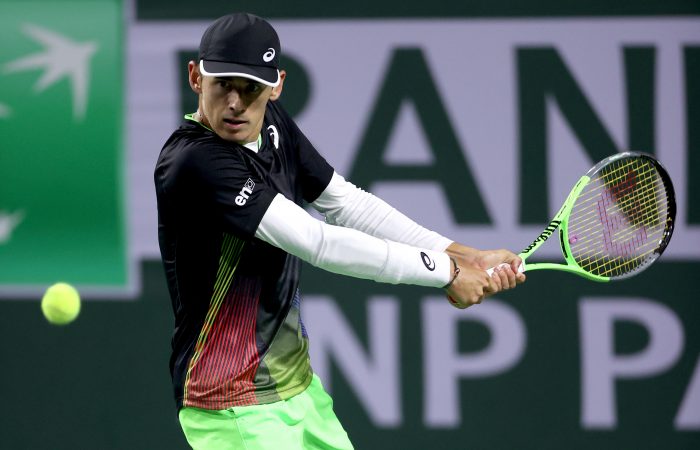 World No.3 Stefanos Tsitsipas has ended the winning run of Alex de Minaur at Indian Wells.

The second-seeded Greek was forced to work hard in their fourth-round clash today, eventually prevailing 6-7(3) 7-6(3) 6-2 in a two-hour and 43-minute battle.

It was an admirable effort from De Minaur, whose relentless retrieving heaped pressure of his higher-ranked opponent throughout the match.

But in the end, Tsitsipas had too many answers and extended his unbeaten win-loss record (at tour-level) to 6-0 against the 22-year-old Australian.

There are still many positives for De Minaur to take from his performance in the Californian desert. He entered the tournament with a single win from his past eight matches, but built valuable momentum in reaching the fourth round. His run included a third-round victory against world No.17 Cristian Garin, his first top-20 win since January.

There was better news for John Peers, who is the last remaining Australian player in the tournament.

The seventh-seeded duo have now won 11 of their past 13 matches together and made three consecutive semifinal appearances.

Peers and Polasek will play either Italian combination Fabio Fognini and Lorenzo Sonego or eighth seeds Ivan Dodig of Croatia and Brazilian Marcelo Melo for a place in the final.