Thompson edged out in US Open second-round battle 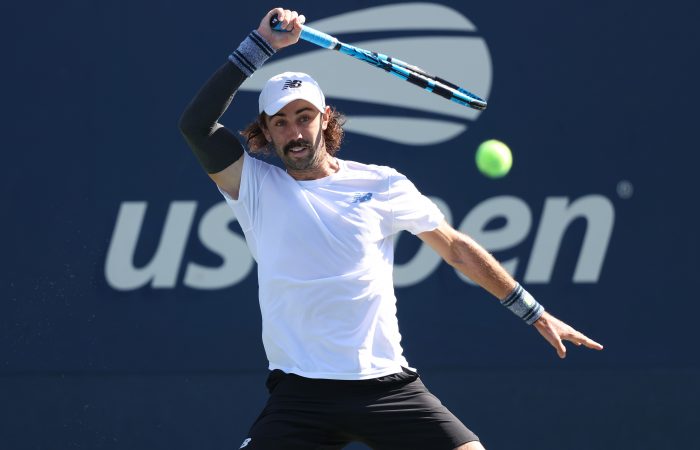 Jordan Thompson almost recorded one of the biggest wins of his Grand Slam career today – but instead, ended up suffering one of his toughest losses.

The 27-year-old Australian made a brilliant start against No.21 seed Aslan Karatsev in their second-round clash in New York, winning the opening two sets.

As he aimed to record a third career win against a seeded opponent at a major tournament, Thompson tallied 15 aces and 40 winners.

Thompson had two match points in a tense 18-minute fourth-set tiebreak – but was able to convert. He netted a forehand on the first at 7-6, then was outhit by the fearless Russian at 9-8.

With the momentum firmly in his favour, 27-year-old Karatsev dominated the deciding set to seal victory in four hours and 40 minutes.

It is the second five-set win of the world No.25’s career.

While for Thompson, this is his third Grand Slam loss after holding a two-sets-to-love lead – and the first since a opening-round exit to Belgian Steve Darcis at the US Open in 2016.

The result leaves Alexei Popyrin, who plays in the third round tomorrow, as the last Australian remaining in the men’s singles draw.

Earlier today, world No.1 Ash Barty booked her place in the third round of the women’s singles competition with a straight-sets win against Denmark’s Clara Tauson.

> READ: Barty through to the third round

Eighteen Australians are scheduled to play matches in New York today, with a strong contingent in action across singles and doubles.