Australian Max Purcell has continued his impressive form to eliminate compatriot Jordan Thompson at an ATP 250 tournament in America. 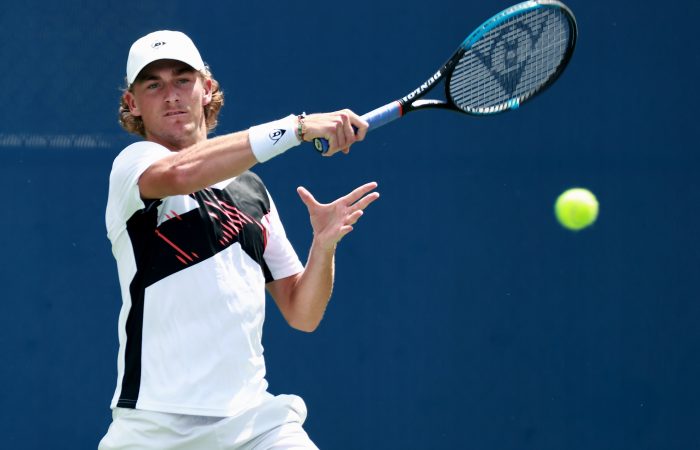 Max Purcell has won an all-Australian showdown to advance to the third round at an ATP 250 tournament in Winston-Salem.

The 23-year-old from New South Wales made the most of a lucky loser spot in the draw, defeating compatriot and world No.59 Jordan Thompson 7-5 6-4 in second-round action today.

It is Purcell’s seventh career top-100 win – and fifth since June.

The world No.205 demonstrated his growing confidence in the two-hour and nine-minute battle, serving seven aces and placing considerable pressure on return. He earned 13 break points on Thompson’s serve and converted five of them.

Purcell, who has received a wildcard into next week’s US Open, was a late replacement for eighth-seeded Australian John Millman in the Winston-Salem draw. Millman was unable to compete due to a foot injury.

World No.90 Mikael Ymer from Sweden, who Purcell has never previously played, awaits in the third round.

Purcell is the last Australian remaining in the singles draw, after Spaniard Carlos Alcaraz ended the winning run of Australian qualifier Alexei Popyrin in the second-round today.

Popyrin can still take confidence from his performance this week, after winning three consecutive matches for the first time since May. Like Thompson, he will now travel to New York to prepare for the US Open.