Australia's Ash Barty has scored a straight-sets win against world No.10 Barbora Krejcikova in the quarterfinals at Cincinnati. 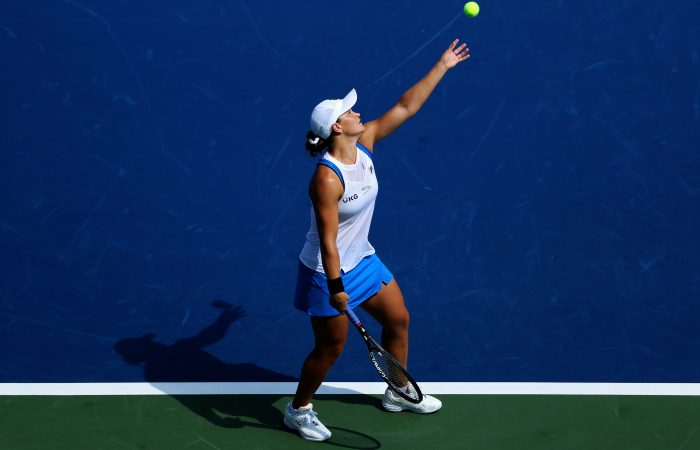 The Australian recorded a 6-2 6-4 win against the world No.10-ranked Czech player, firing seven aces and losing only 14 points in her service games.

“I feel like I did a good job looking after my own serves,” said Barty. “For all but one service game, I felt like a lot of the time I was in control.”

Yet to drop a set all week 💯

Krejcikova showed fight to build a 4-2 lead in the second set, but the world No.1 then reeled off four consecutive games to seal victory after 71 minutes on court.

The proud Queenslander thrived in the humid conditions in Cincinnati.

“It was just like a Brisbane summer day,” Barty said. “The heat’s certainly not a problem for me.”

Barty moves into her sixth semifinal of 2021 and improves her season win-loss record against top 10-ranked opponents to 6-1.

Another Grand Slam champion awaits in the semifinals – world No.22 Angelique Kerber. It is a rematch of their Wimbledon semifinals last month.

“She’s confident, she’s aggressive. She’s able to run and to move and put the ball in tricky spots, to not let you dictate too much. That’s the challenge when you play her.”

It is 37-year-old Stosur’s best tour-level result in women’s doubles since March 2019, when she made the Miami final alongside Zhang.