Australian Ellen Perez and Czech Kveta Peschke have continued their impressive form to reach the second round in Cincinnati. 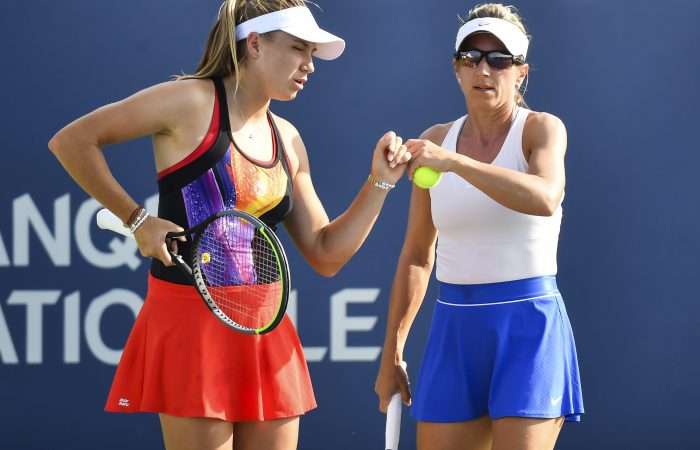 Ellen Perez and Czech partner Kveta Peschke have advanced to the second round in the Western & Southern Open women’s doubles draw.

The duo scored a 2-6 7-6(1) [10-6] victory against seventh-seeded sisters Latisha Chan and Hao-Ching Chan of Chinese Taipei, winning a hard-fought battle in one hour and 52 minutes.

Alex de Minaur is flying the Australian flag proudly in the men’s singles draw, scoring a hard-fought 0-6 6-4 6-4 win against Serbia’s Filip Krajinovic in the opening round.

Two more Australians – John Millman and Max Purcell – were scheduled to compete today, but have withdrawn from the tournament.

Millman cited a foot injury as the reason for his withdrawal from his first-round singles match against German Jan-Lennard Struff, while Purcell was unable to compete in doubles due to personal reasons.