Alex Bolt and Astra Sharma are among the Australian players on the rise in the latest rankings. 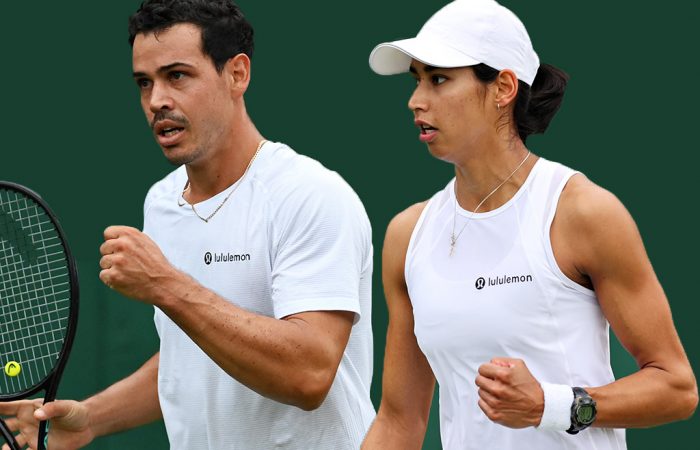 Alex Bolt is the biggest mover inside the Australian top 10 in this week’s ATP Tour men’s singles rankings.

Polmans still had a good week, rising three spots to world No.144 after reaching the second round at an ATP 250 tournament in Gstaad.

Meanwhile, Jason Kubler improves 33 spots to world No.272 after reaching an ATP Challenger final in Kazakhstan. It was the 28-year-old’s first final appearance at that level since July 2019.

Rinky Hijikata continues to rise too, with the 20-year-old improving 60 places to world No.648. He collected his second ITF singles title in as many weeks, extending his winning streak to 10 matches with a title-winning run in Edwardsville.

Astra Sharma continues to climb the WTA Tour singles rankings. The 25-year-old improves 10 places this week after a quarterfinal run in Palermo.

Luke Saville has set a new career-high in the latest ATP Tour doubles rankings. The 27-year-old makes his top-30 debut this week, rising two places to world No.30.

Thomas Fancutt is one of the biggest movers of the week, rising 31 places to world No.375. The 26-year-old has won six ITF Futures titles this season.

There has been little change in the latest WTA doubles rankings, with Ash Barty remaining the top-ranked Australian at world No.36.

Jaimee Fourlis rises three spots to world No.185. The 21-year-old has had strong results at ITF level, advancing to three semifinals in her past four tournaments.