Ajla Tomljanovic is unable to maintain a strong start against Elina Svitolina at the Tokyo Olympics, exiting to the No.4 seed in three sets. 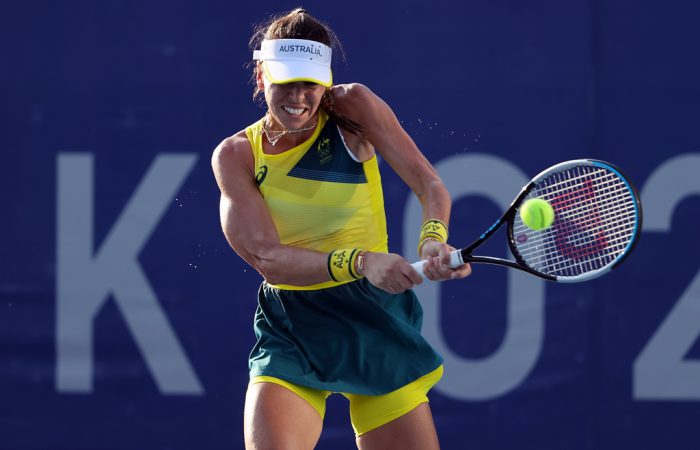 Despite a spirited performance against the higher-ranked Elina Svitolina at the Tokyo Olympics, Ajla Tomljanovic’s singles campaign has ended in the second round.

Svitolina, the No.4 seed in Tokyo, withstood a blazing start from the determined Australian to emerge with a 4-6 6-3 6-4 win.

The No.51st-ranked Tomljanovic initially appeared the more composed competitor at Arieke Tennis Park, recovering from a 0-2 deficit to take charge of the first set.

Winning four straight games before Svitolina levelled, Tomljanovic gained another break for 5-4 and consolidated to secure the set.

Momentum seemed firmly in Tomljanovic’s favour when she gained an early service break in the second set and calmly took a 3-1 lead. But Svitolina at last found her rhythm on the hard courts of Tokyo, the Ukrainian winning five straights to seize the 39-minute second set.

Svitolina continued to dominate, extending her run of winning games to eight as she took a 3-0 lead in the final set. There were signs of hope as a spirited Tomljanovic fought back to level for 4-4  but the hard-hitting Svitolina maintained pressure on the Australian’s serve.

Converting her seventh break point from the 18 opportunities Svitolina had created proved the decisive blow; after two hours and 23 minutes, the Ukrainian secured the hard-fought win with her second ace.

It means hopes for an Australian female player to claim a medal in tennis now come down to the doubles.

Ellen Perez and Sam Stosur are through to the quarterfinals after a gutsy win over Romanians Monica Niculescu and Raluca Olaru in the second round. Ash Barty and Storm Sanders are currently on court against Xu Yifan and Yang Zhaoxuan of China.

It was a tough day for Australian men, John Millman exiting to Alejandro Davidovich Fokina and Max Purcell losing to Dominik Koepfer.