Sharma advances to second round in Palermo

Australia's Astra Sharma has won a tough three-set battle in the opening round of a WTA 250 clay-court tournament in Italy. 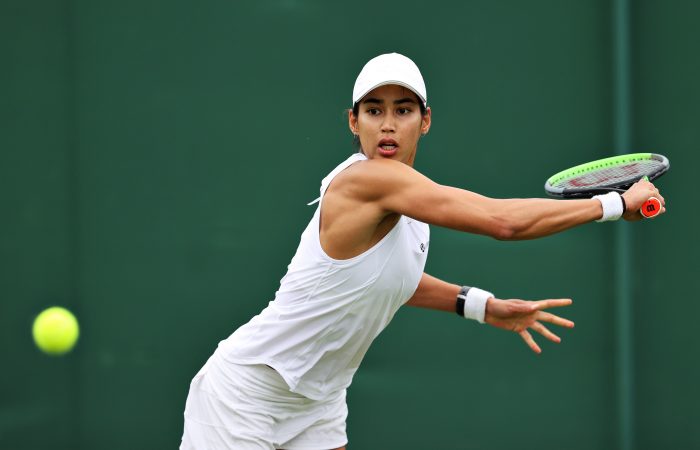 Australian Astra Sharma was forced to fight hard today to earn her place in the second round at a WTA 250 clay-court tournament in Palermo.

In a match finishing at midnight local time, the Australian dug deep to record a 6-4 1-6 6-3 victory against Italian wildcard Lucrezia Stefanini.

The 23-year-old Stefanini, who is ranked No.252, refused to be overwhelmed by Sharma’s aggressive game – but the 25-year-old Australian’s experience proving telling in the closing stages of the two-hour and four-minute battle.

Serving for the match at 5-3, world No.121-ranked Sharma recovered from a 15-40 deficit to reel off four consecutive points to secure victory.

“She really made me work for it. She was really smart with how she was playing, so I really had to think out there and adapt,” Sharma said.

“She was doing a really good job of making me uncomfortable.”

Earlier in the day, Ukrainian Katarina Zavatska scored a straight-sets win against Australia’s Lizette Cabrera in their first-round clash.

Only two ranking places separated the pair – 21-year-old Zavatska at world No.144 and 23-year-old Cabrera at world No.146 – however, strong returning gave the Ukrainain the upper hand in the 79-minute match.

Zavatska earned 12 break point opportunities and converted six of them, and won 72 per cent of points on Cabrera’s second serve.

Marc Polmans is the sole Australian competing at an ATP 250 tournament in Gstaad this week.

The 24-year-old is through to the second round in singles, where he’ll face world No.19 Cristian Garin. It is a rematch of a Wimbledon second-round battle, which Garin won in four tight sets.