Storm Sanders is through to the ladies' doubles semifinals at Wimbledon, a career-best result for the 26-year-old Australian. 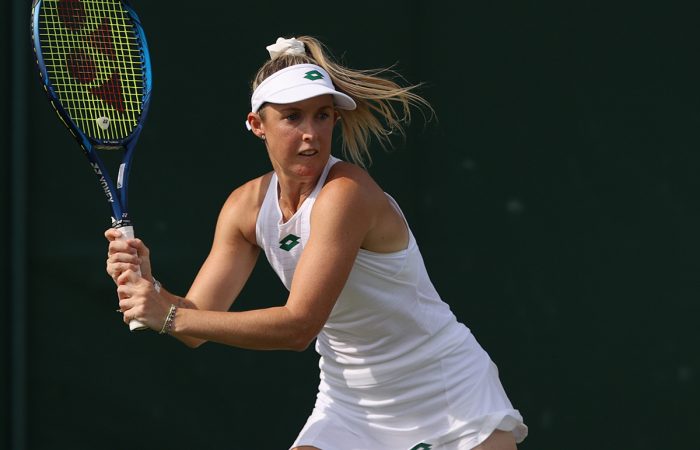 Yet to lose a set this tournament, the unseeded duo scored a 7-5 6-2 victory against seventh seeds Hao-Ching Chan and Latisha Chan in the quarterfinals today.

It propels the 26-year-old Sanders into her first ladies’ doubles semifinal at Grand Slam-level. Before this tournament, the world No.59 had never progressed beyond the second round in 15 major appearances.

The left-handed Sanders also becomes the first Australian to reach a Wimbledon ladies’ doubles semifinal in eight years. Ash Barty and Casey Dellacqua were the last to do so during their finals run in 2013.

Sanders and Dolehide, a 22-year-old ranked No.40, face Veronika Kudermetova and Elena Vesnina in the semifinals. The unseeded Russian combination defeated top seeds Barbora Krejcikova and Katerina Siniakova in the quarterfinals.

In mixed doubles action, John Peers has matched his career-best result at Wimbledon by progressing to the quarterfinals.

The 32-year-old Australian, who last reached the final eight at the All England Club eight years ago, and Chinese partner Zhang Shuai eliminated the No.6 seeds and defending champions Ivan Dodig and Latisha Chan in the third round.

The 17-year-old Sekulic, who is ranked No.72, also lost a tight first-round doubles match.