Projected to return to the world's top-50 after a quarterfinal run at Wimbledon, Ajla Tomljanovic can count the positives of her best-ever Grand Slam performance. 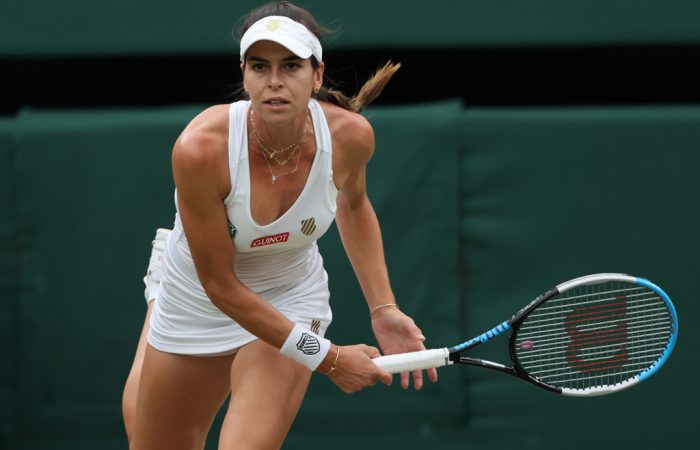 Fresh from her quarterfinal exit to Ash Barty at Wimbledon, Ajla Tomljanovic conceded it was hard to find the positives.

“It definitely didn’t feel like I would have liked out there. I thought that what my plan was going in was really hard to execute,” Tomljanovic commented after Barty’s 6-1 6-3 victory.

“For being in my first quarters, for her having so much more experience, it was kind of expected, but at the same time I wish I could have made it more of a match.”

Still, at the end of a career-best fortnight at SW19, there were in fact many positives for 28-year-old Tomljanovic.

From the 21 winners she struck in a first-round win over Greet Minnen, to upsets of higher-ranked Alize Cornet and Jelena Ostapenko (who led 6-4 2-0 before Tomljanovic staged a comeback) and her composure against British teenager Emma Raducanu, there were many markers of important progress.

“I do think I need to take it a little bit easy, learn from this today, use it as an advantage next time to do better. At the same time there’s way more positives from these two weeks than negatives, surely,” Tomljanovic noted.

One of the takeaways is undoubtedly experience, with today’s quarterfinal marking the first time Tomljanovic had competed on Centre Court at the All England Club.

“The fact that it was Centre Court, quarters for the first time, did play a role in playing against Ash, someone that looked very much at home,” said Tomljanovic “(It) wasn’t easy.”

A projected return to the world’s top 50 is a possible reward for Tomljanovic’s quarterfinal progress – news that immediately lifted the Australian’s spirits.

“It’s actually nice to hear that. Not to say I was panicking, but I wasn’t happy where my ranking was going,” said Tomljanovic, who achieved her career high of world No.39 in 2019 and was ranked world No.75 entering The Championships.

“I also knew that it was all about playing well, and then the ranking follows. That’s literally the only time I stress about it is, what happens when I kind of let go of stressing about it, just play freely and focus on what I got to do on the court, it kind of follows.”

There was a similar sense of freedom as Tomljanovic briefly rallied with a break of the Barty serve to open the second set. “I do feel it got competitive in the second. At times it was too good when I did play well,” she reasoned.

Tomljanovic will aim to replicate that form when she turns her attention to the Tokyo Olympics, her next event on tour. Selection in the Australian team already rates as a career highlight.

“I’m so happy that I’m going. I found out just before Wimby started. I kind of pushed it aside because I was focusing on this. The more time was passing, everyone was talking about it, I kept getting more excited about it,” said Tomljanovic.

First, though, there are still significant moments to absorb this Wimbledon – including a quiet celebration with her father, Ratko, who has coached his daughter since childhood. “I’m sure him and I will have a moment because I think we both deserve it,” said Tomljanovic.

Tomljanovic is similarly keen to watch the remainder of Barty’s campaign unfold at Wimbledon.

“I do hope she wins it,” she said of her countrywoman. “It would make me happy to see her lift the trophy here.”