Australia’s Ajla Tomljanovic continues her impressive form to move into the Wimbledon third round. 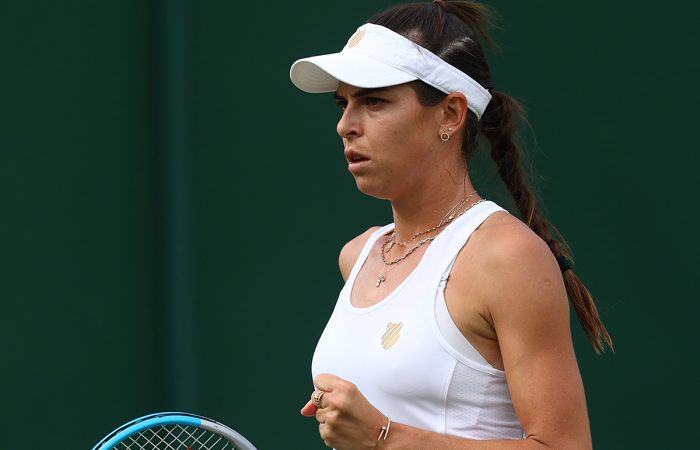 It has been seven years since Ajla Tomljanovic last advanced to a Grand Slam third round – but she’s finally back at that stage.

The 28-year-old Australian snapped a 10-match losing streak in major second round matches today, posting a 6-4 0-6 6-3 victory against France’s Alize Cornet at the All England Club.

A 12-minute opening game, where world No.75 Tomljanovic saved three break points, set the tone for a match. It was an epic battle – but one where the Australian found a way to come out on top under pressure.

But Tomljanovic stemmed that momentum with a love hold to begin the deciding set and then broke in the fourth game to move ahead 3-1. As Tomljanovic’s confidence grew, Cornet’s unforced error count began to climb.

World No.58 Cornet broke back in the fifth game – but Tomljanovic kept fighting and reeled off the final three games to seal victory after two hours and six minutes on court.

This is Tomljanovic’s best Grand Slam result since reaching the fourth round at Roland Garros in 2014. She now plays world No.34 Jelena Ostapenko, the Roland Garros 2017 champion and a Wimbledon semifinalist in 2018.

Tomljanovic joins world No.1 Ash Barty in the third round. The top-seeded Australian scored a straight-sets win against Russian Anna Blinkova earlier today.