Tomljanovic advances to second round at Wimbledon

Australia's Ajla Tomljanovic is through to the second round in the ladies' singles draw at Wimbledon 2021. 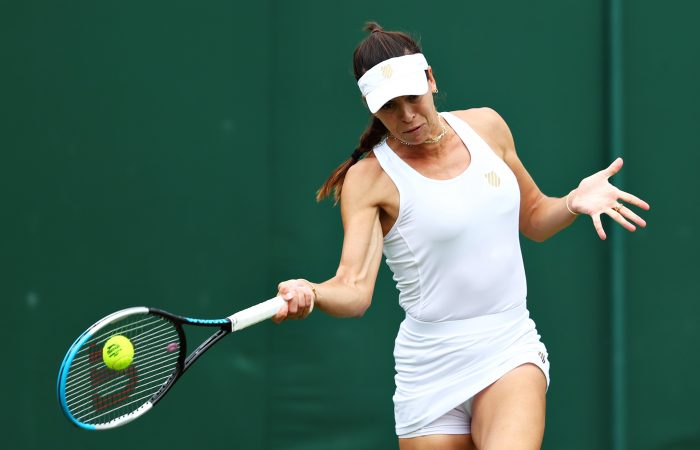 Ajla Tomljanovic has matched her career-best result at Wimbledon, reaching the second round for the third time.

Tomljanovic declared she was striking the ball better than ever on the eve of the tournament, which she impressively demonstrated to defeat world No.118 Minnen in straight sets.

She hit 21 winners and committed only 16 unforced errors (compared to 29 from Minnen) in the one-hour and 46-minute match.

It is Tomljanovic’s third Grand Slam singles match win this year, the most she has recorded in a season since 2015.

The world No.75, who was named in the Australian Olympic Games team this week, is now aiming to advance to the third round at a Grand Slam tournament for the first time since Roland Garros in 2014.

Tomljanovic, who previously also made the second round at the All England Club in 2015 and 2019, faces Alize Cornet next. The No.58-ranked Frenchwoman eliminated fifth seed Bianca Andreescu in the opening round.

But the 25-year-old was unable to take advantage of the opportunity, losing a hard-fought three-set battle against Czech Kristyna Pliskova.

Perez, who is ranked world No.235 compared to the No.143 Frenchwoman, was contesting her first main draw singles match at the All England Club.

Her attention now turns to a ladies’ doubles campaign alongside Russia’s Daria Kasatkina.