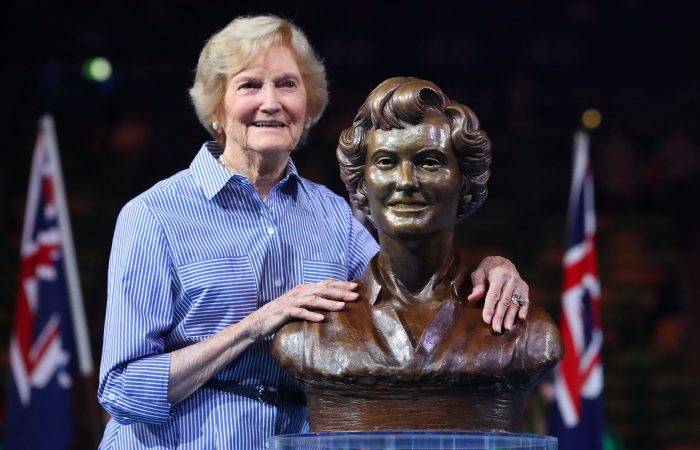 At 90 years old, she had been the oldest surviving Australian women’s singles champion.

Collier, who was born in Sydney in 1930, completed a clean sweep of the Australian Championships in 1955. As well as claiming the singles title, she also won the women’s doubles title with Mary Hawton (nee Bevis) and shared the mixed doubles title with Neale Fraser.

A French and Wimbledon singles quarterfinalist in 1955, Collier was one of the world’s best players during the mid-1950s.

A trailblazer in a time when opportunities were limited for women, Collier was the ultimate quiet achiever and was inducted into the Australian Tennis Hall of Fame in 2017.

Collier’s grandson, world No.88 James Duckworth, has followed in her footsteps in pursuing a tennis career.

The Tennis family extends our condolences to Collier’s loved ones at this time.