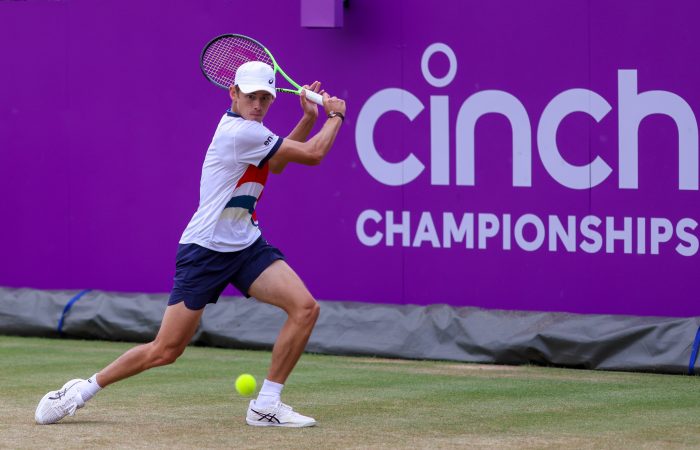 The 22-year-old Australian survived a five-hour rain delay and an opponent on a seven-match winning streak to reach his second tour-level semifinal of the season and first since January.

“I’m extremely proud of myself, of how I handled the situation, the adversity today, the conditions, and I was able to play a very high-quality match,” said De Minaur after posting a 3-6 6-3 6-4 victory against former world No.3 and two-time Queen’s champion Marin Cilic.

It sets up a semifinal showdown with top seed Matteo Berrettini.

De Minaur won his only previous meeting against the world No.9, which was on hard court in 2017.

“I’m not satisfied with where I am, so I want to keep on improving and keep getting better,” said De Minaur. “I’m really looking forward to it. It’s another opportunity. Yeah, it’s going to be fun.”

De Minaur is also in the semifinals of the doubles draw, where he and Brit Cameron Norrie will play Australia’s John Peers and big-serving American Reilly Opelka for a place in the final.