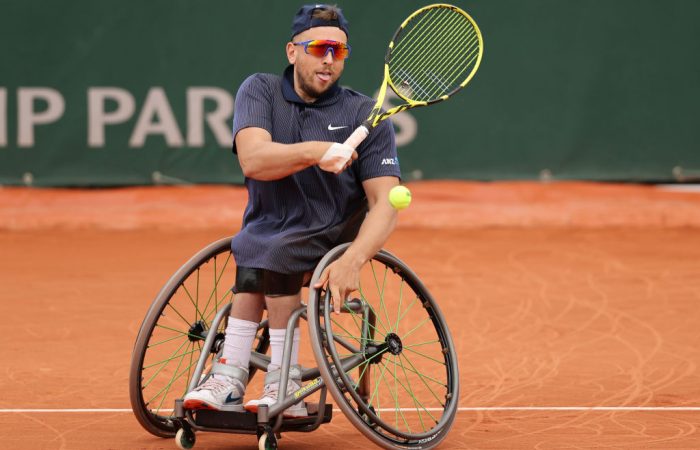 Unbeaten in singles in the French capital, Alcott next faces the Netherland’s Sam Schroder.

The world No.1 booked his place in the Championship match with a 6-3 6-3 semifinal victory over long-time rival David Wagner.

It took Alcott just over an hour to overcome the American, whom he has now beaten in their last 10 matches. He extended his overall record against the 47-year-old Wagner to 34 wins against 14 losses.

Playing his first competitive match since claiming a seventh straight Australian Open singles title in February, Alcott dominated from the outset of the 34-minute first set against Wagner.

And while he couldn’t consolidate a first break of serve in the second set, Alcott edged ahead with a break in the eight game and easily served out victory.

Alcott will enter the Roland Garros final aiming to maintain positive momentum against Schroder – he dropped just one game against the 21-year-old to secure their AO 2021 final in 63 minutes.

Max Purcell and Luke Saville were unable to overcome No.2 seeds Juan Sebastian Cabal and Robert Farah in their third-round encounter, while Storm Sanders and Ajla Tomljanovic exited to Anastasia Pavlyuchenkova and Elena Rybakina in the second round.