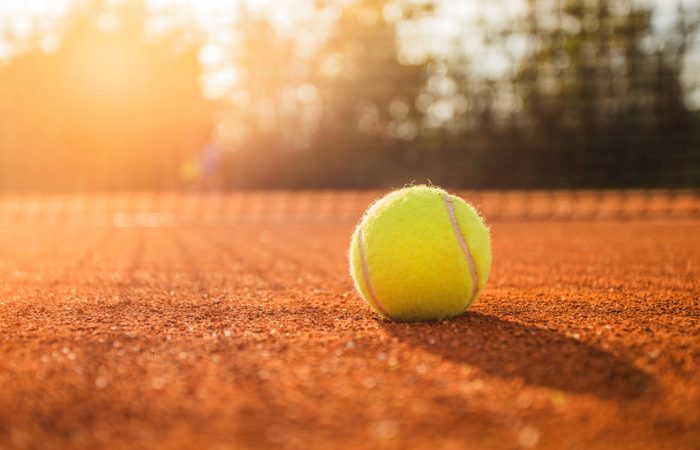 As a former finalist and a four-time semifinalist at Roland Garros, Sam Stosur needs no convincing about the virtues of clay-court tennis.

Still, the No.4 Australian woman received a timely reminder as she hit with National Development Squad representatives Coco Nishikawa and Dimitri Bagaric on one of the six clay courts at Melbourne’s National Tennis Centre last week.

“I think it’s a great surface to learn on,” said Stosur, a notable absentee from the 2021 instalment of the clay-court major as she recovers from a foot injury. “Seeing these two out here, they can slide, they can move, you can see them thinking about what they need to do.

“I just think it’s a great learning tool to know how to stay consistent, to work a point, to be able to move your opponent, to work on your own physicality and sliding. It’s easier on the body too.”

Stosur’s passion for the surface wasn’t always so strong – for many years, in fact, the opposite was true.

“I never really played on it that much and when I was 15, I went to Europe for my first trip and played on it for six weeks. I had no idea what I was doing and hated it,” admitted Stosur, who is delighted that clay courts are now increasingly accessible to Australian players in their formative years.

“If you don’t have to be on a hard court when you’re a young teenager, I think it’s going to put you in good stead as the years go on,” Stosur advises. “I’d love to see more junior players playing on this surface, I just think you can learn so much.” 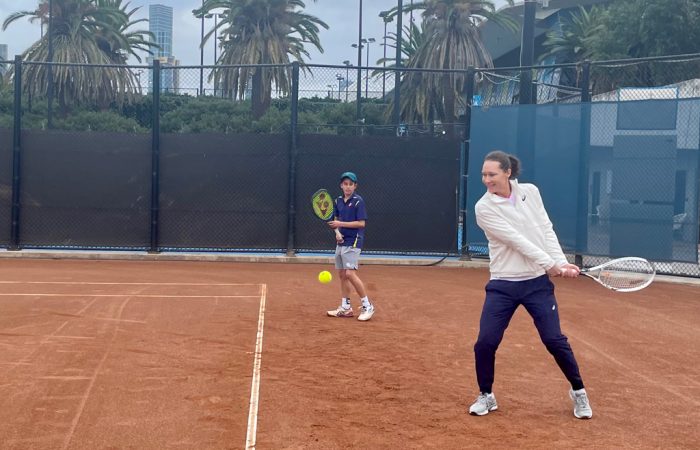 Another Australian great, Paul McNamee, is quick to agree. The former world No.24 singles player and five-time Grand Slam doubles champion is so passionate about his favourite surface that it became the topic of his recently released book, Welcome to the Dance.

McNamee hopes the book, sub-titled Master Clay to Master Tennis, will help players and coaches understand the many important lessons to be gleaned from clay.

“To be able to use the drop shot, to learn how to slide, to use the angles, the different shapes of spin and bounce – I mean, that all happens on a clay court,” McNamee said.

“The magic of the sport, I believe, is reflected on clay.”

McNamee, a coach to Chinese Taipei’s Hsieh Su-Wei, notes the many Australian greats who benefited from various forms of clay-court tennis as young players.

McNamee is naturally delighted then, that after many of those courts were superseded by synthetic grass and hard courts in the late 1970s and ‘80s, clay has re-emerged in the game.

Across the nation, the number of Tier 1 clay-court facilities has grown from just one in the late 1990s to 68 at present, the majority of this facility development taking place since 2012. A total of 29 Tier 1 clay courts are installed at National Tennis Academy venues.

“I think this investment by (Tennis Australia) has gone some considerable way to addressing the mistakes of the past,” he writes in Welcome to the Dance.

He relates a sparkling case study in the progress of world No.1 Ash Barty, who of course achieved her Grand Slam breakthrough at Roland Garros in 2019. And while injury derailed the Queenslander’s 2021 campaign, Barty had earlier added another prestigious clay-court title in Stuttgart and was runner-up in Madrid.

“In her formative years, (Barty) spent considerable time on the clay courts which were put into Brisbane,” McNamee noted. “In my view, that’s not a coincidence.”

> Read: Lessons for playing on clay

Other Australians are also demonstrating a growing affinity for clay. In May, Astra Sharma claimed a first WTA singles title on the green clay of Charleston, the West Australian later noting how the surface suited her game.

“I like hard court the best, but I do understand how clay does suit me really well with my heavy game, good kick serve, and being a slower surface to get around and hit forehands,” she told tennis.com.au. “I’ve always performed quite well on clay.”

“When you practise with Sam, it’s like being hit with a hammer. Especially on the clay, where it showcases the physicality of the sport,” Sharma said. “That’s what we were trying to go for, to make points long and make them beat you, playing really aggressive with big margins.”

Stosur notes that while clay-court tennis can require some persistence, it can also deliver many rewards.

“It took quite a few years (to enjoy playing on clay). I didn’t win many matches at Roland Garros for five years, then it turned into being my best tournament almost. It did take me a while, but it is doable,” she related.

“It can be (a long haul), but I think some players adapt to it better than others. You just have to trust yourself. Movement is the biggest thing. You can have one bad slide, get stuck and fall over, which puts a bit of hesitation in you.

“But I think the more you do it, the more you realise you can trust your movement and sliding and use so much of it to your advantage.”