The court is calling: Lessons for playing on clay

As professionals compete for the final Grand Slam of 2020 at Roland Garros, players of all levels can learn how to master the complexities of clay-court tennis. 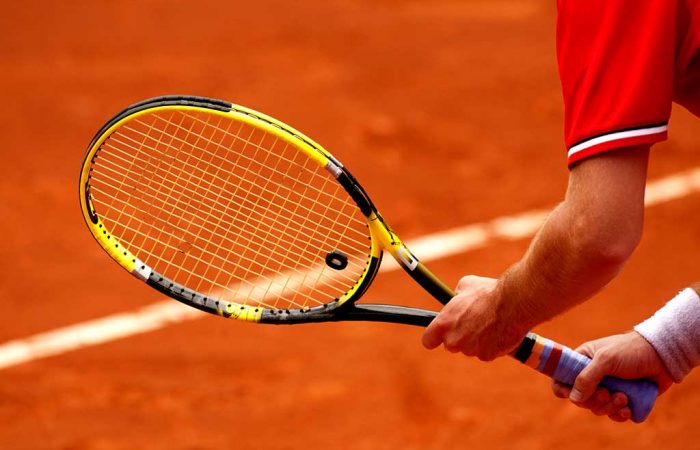 Preparation is key. It is advice that coaches regularly sprout, regardless of a player’s age or ability – and it’s especially relevant when it comes to competing on a clay court.

Clay courts present a challenge due to the unique and physically demanding nature of the way they play. It is a surface where endurance is tested, along with mental and physical resilience.

How do you prepare to play on clay? Gaining an understanding of the surface will help build effective training routines, along with match game plans to tailor and implement.

Here are some specific tips to keep in mind:

Ever noticed the professionals sliding on clay? That’s because the fine covering of the surface makes it difficult to move on. The key to success on clay is being able to time the slide and still maintain balance to be able to swing freely through the shot. This is when having a strong core and legs is vital, which also helps players to recover in a position to make the next shot. On clay it is important to always be ready for that next shot too, as the rallies are generally much longer than on faster surfaces.

The effect of spin

Top spin reacts differently on a clay court compared to a hard court. The gritty clay surface means the spin bites more into the court, enhancing the spin effect. This generates higher bounces than the same shot played on a hard court. Australia’s Sam Stosur kick serve is a perfect example of a shot that is more effective on clay for this reason.

“It does allow me to try and open up the court and then really be able to go the other way and get them running straight off the first shot,” Stosur explains of her biggest weapon, which has helped her win four WTA Tour clay titles and reach the French Open final in 2010.

Clay courts play much slower than hard or grass courts, making it tougher to out-hit opponents. As the ball bounces higher on clay, players typically retreat deeper behind the baseline to allow more time to set up for shots and take the ball under shoulder height. This demands greater physical and mental endurance from players, as it forces them to play longer points and concentrate for an extended period of time compared to matches on other surfaces.

Patience is everything on clay, where rallies are longer and you have to wait for the right moment to attack.

As Australian player Thanasi Kokkinakis, who reached the third round of Roland Garros in 2015, has explained: “On the clay court you’re trying to extend the points, really work the ball over and kind of construct the point better rather than finishing it off as a one-two punch.”