Tomljanovic into second round at Roland Garros 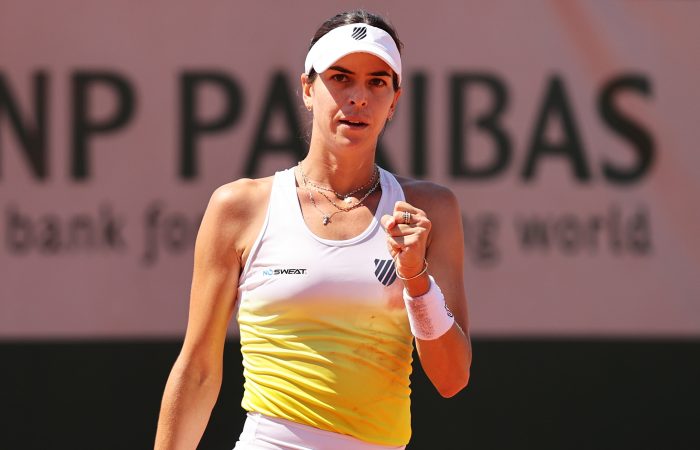 Ajla Tomljanovic has made a winning start to her Roland Garros campaign.

The world No.76 moved into the second round with a 6-2 6-4 victory against Ukrainian Kateryna Kozlova in Paris today.

It was a confident performance from Tomljanovic, whose controlled aggression helped her race to a 5-0 lead in the opening set and immediately heap the pressure on her No.159-ranked opponent.

The second set was tighter, but Tomljanovic showed her fighting spirit to close out victory in 101 minutes.

“I’m really happy to get through. I don’t think it was the prettiest match, but I toughed it out,” Tomljanovic said.

Tomljanovic’s first-round victory snaps a five-match losing streak in Paris, which stretches back to a second-round loss in 2015. With all of those losses against top-20 seeded opponents, the 28-year-old made the most of a kinder draw this year, firing 17 winners to outplay Kozlova.

Thrilled to progress to the second round, Tomljanovic wants to keep building on her form.

“Every first round at a Slam for me is always a little bit nerve-racking, just because I want it so much,” she admitted.

The No.2-ranked Australian woman has now won 10 of her past 15 matches on clay and will enter a second-round clash against No.31-seeded Russian Anastasia Pavlyuchenkova with growing self-belief.

“Every Slam all I want to do is get as many wins as possible,” Tomljanovic said. “It’s the four tournaments a year where we as players, we want to play our absolute best.”

Tomjlanovic is the only Australian in action on day one in Paris. Nine more Aussies – three women and six men – will play their first-round singles matches over the following two days.