With world No.1 Ash Barty leading the charge, our Australian women are ready for Roland Garros 2021. 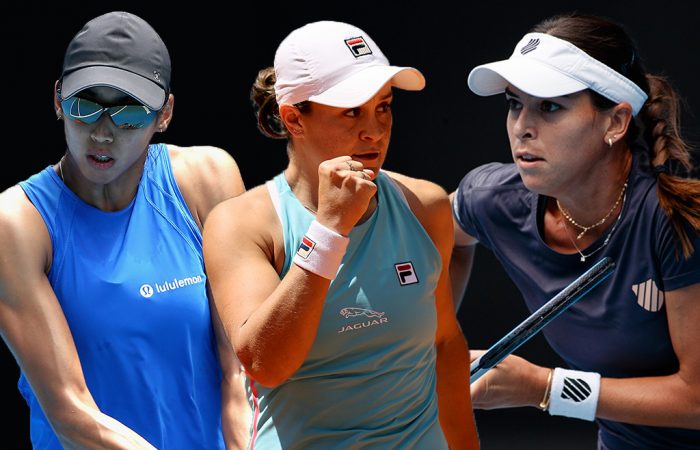 Former champion Ash Barty headlines our Australian contenders at this year’s Roland Garros. Top-seeded Barty is one of four Aussies in the women’s singles draw.

[1] Ash Barty, 25, Queensland
Returning to Roland Garros for the first time since her stunning 2019 triumph, Barty is deservedly one of the title favourites. The world No.1 has amassed a 27-5 win-loss record for the season. She has been impressive on clay too, winning 13 of her 16 matches and scoring five top-20 victories. A right arm injury forced Barty out of Rome, however she has had a fortnight to rest and recover. Her first-round opponent is world No.70 Bernarda Pera, a left-handed 26-year-old American who lists clay as her favourite surface. It will be their first career meeting.
Roland Garros career record: 9-5
Roland Garros best result: Champion (2019)

> READ: Stosur believes Barty is one to watch

Ajla Tomljanovic, 28, Queensland
Tomljanovic recorded her career-best Grand Slam result at Roland Garros 2014, upsetting world No.3 Agnieszka Radwanska in a fourth-round run. Although the world No.76 has lost her past five matches in Paris, all have been against top-20 seeds. Tomljanovic’s draw is kinder this year, pitted against Ukrainian world No.159 Kateryna Kozlova. The Aussie won their only previous match-up in straight sets in 2019. Tomljanovic can also take confidence from her recent form, having won nine of her past 14 matches on clay.
Roland Garros career record: 4-6
Roland Garros best result: Fourth round (2014)

[Q] Storm Sanders, 26, Western Australia
A sensational season continues for Sanders, who has qualified at a Grand Slam for the first time in her career. The left-handed Aussie did not drop a set in her three qualifying matches. The world No.161 is making her fourth main draw appearance at a major – and a first since Australian Open 2016. Sanders, who decided to focus on doubles before returning to singles in October 2019, faces No.14 seed Elise Mertens of Belgium in the opening round and is aiming to score a career-first top-20 win.
Roland Garros career record: 0-0
Roland Garros best result: Making debut