The qualifying runs of Australians Marc Polmans, Ellen Perez and Aleksandar Vukic are over, with all losing their final round matches in Paris. 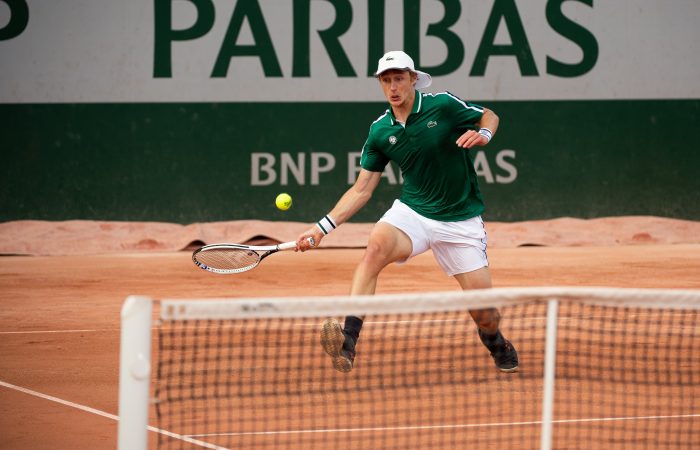 Spain’s Bernabe Zapata Miralles spoiled Polmans’ qualifying quest, with the No.14 seed posting a 6-4 6-0 win against the 24-year-old Australian.  Zapata Miralles hit 26 winners to Polmans’ three in the 81-minute match.

It marks the second consecutive year that Polmans’ qualifying bid has ended at the final stage in Paris.

Perez has been impressive in her singles debut at Roland Garros this week, defeating two higher-ranked opponents in three-set encounters, but her winning run ended with a 7-5 6-4 loss to Belgian Greet Minnen.

The world No.125 proved too steady for 25-year-old Perez, who advanced to the final qualifying round at a major for the first time this week. Perez hit 22 winners in the 81-minute clash, but also committed 40 unforced errors.

The 25-year-old from New South Wales, who was attempting to qualify in Paris for a second consecutive year, lost 6-2 7-6(3).

The last remaining Australian in the qualifying draws is Storm Sanders, who plays her final qualifying match tomorrow. The 26-year-old, who is ranked No.161 and aiming to qualify at a major for the first time, faces No.219-ranked Swiss Susan Bandecchi for a place in the main draw.