A foot injury has sidelined Sam Stosur, but the Grand Slam champion is eyeing a return to tour next month. 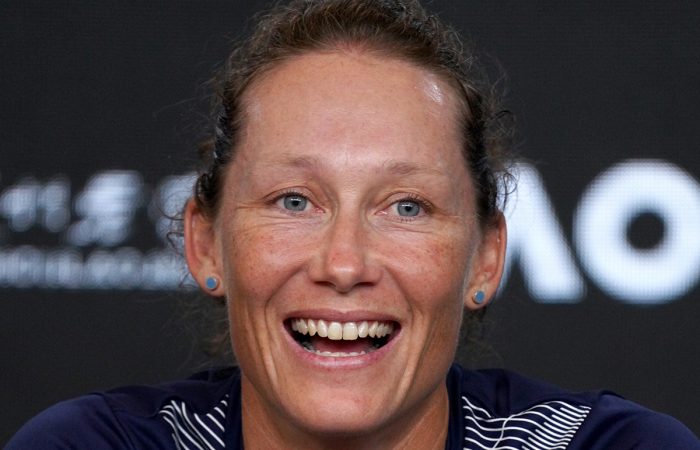 Sam Stosur won’t compete at Roland Garros this year – but she plans to be back on tour shortly after.

The 37-year-old had entered the Grand Slam tournament with a protected ranking of No.97, but has been forced to withdraw due to a foot injury.

“I left it as late as I could,” Stosur said of her decision. “I gave (my foot) a bit of a test a couple of weeks ago up in the gym, where I did a little bit more than I had been and pulled up really sore. I knew right then, that the decision was made for me. It wasn’t really a matter of will or want, it was done.” 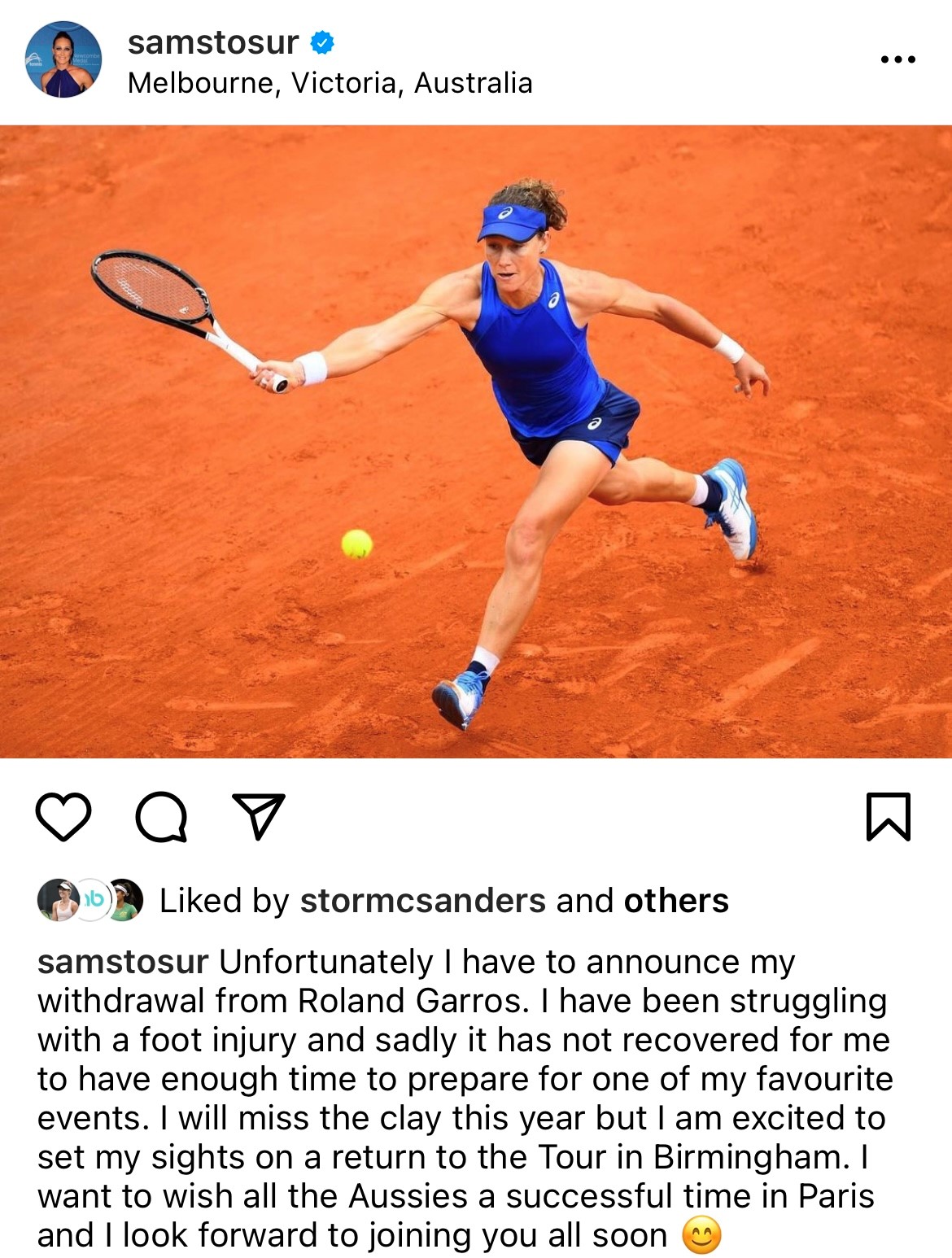 Stosur is now eyeing a mid-June tour return in Birmingham.

“Unfortunately I’m missing one of my favourite events, the French Open, this year but I’m looking forward to getting started on the grass,” said Stosur.

The former world No.4, who won the US Open singles title in 2011, last competed internationally in March 2020.

“I haven’t really experienced this bubble life yet, so I’m a little bit nervous about it all to be honest,” Stosur said of her impending return.

Planning to compete in a 17th Wimbledon, Stosur also has her sights set on making the Australian Olympic team in July.

“I’d love to be in Tokyo,” she said. “I’m very, very keen to try and get there. If I can be at a fifth Olympics, that’ll be something I’m very proud of.”

Motivation is no question for Stosur, who is currently ranked No.133 in singles and No.63 in doubles. Buoyed by an Australian Open mixed doubles final appearance in February, the seven-time Grand Slam champion still believes she can challenge the world’s best.

“I wouldn’t be out here training every day if I didn’t, that’s for sure,” she said. “You don’t train just to train, you train to go and play. I want to go out there and see what I can do this year.”

Stosur’s travel apprehensions are heightened by the prospect of leaving daughter Evie, who will be one in June, at home. She had originally hoped to travel with her partner and child throughout 2021.

“It is very different circumstances, it’ll be very, very hard to leave home this time around. But I figure if I don’t do it now, then I’m pretty much retired,” Stosur said.

“I’ve got to go, keep going and do this year. Hopefully next year can be a little bit kinder to everyone on the travel front.”

Stosur, who is set to receive her second COVID-19 vaccination next week, will watch Roland Garros from her Melbourne home and is looking forward to seeing compatriot and 2019 champion Ash Barty challenge for the title again.

“She’s playing extraordinarily well, so really looking forward to watching her matches,” Stosur said of the world No.1.

“Seeing the results come through or highlights online, it makes you want to get out there. Especially on this surface, I love to play on the clay.

“It’s unfortunate (I won’t be there), but I know I have a lot of tennis ahead of me for the rest of the year. I’ll be out there soon.”