Marc Polmans and Ellen Perez are among four Aussie players through to the final qualifying round in Paris. 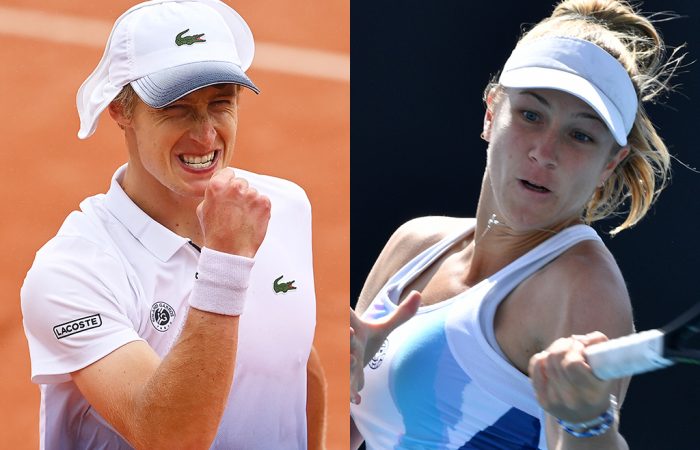 Four Australians – Marc Polmans, Ellen Perez, Aleksandar Vukic and Storm Sanders – are one win away from qualifying at Roland Garros.

Polmans scored a 6-1 6-3 victory against 16-year-old French wildcard Arthur Fils in Paris. The 24-year-old from Melbourne lost only 12 points on serve in the 77-minute second-round clash.

Fils, who defeated Australia’s Bernard Tomic in the opening round, finished the match with 43 unforced errors compared to Polmans’ seven.

Polmans is aiming to qualify in Paris for a first time. After losing in the final qualifying round last year, he received a lucky loser spot in the main draw.

Aleksandar Vukic has also advanced to the final qualifying round for a second consecutive year. The 25-year-old Australian defeated former world No.12 Viktor Troicki in three sets in the second round.

Vukic served nine aces in a 3-6 6-2 6-4 victory against the 35-year-old Serb, who was contesting his final Roland Garros.

The No.208-ranked Vukic next plays Bjorn Fratangelo, an American ranked No.197.

The 25-year-old from New South Wales blitzed through the opening set, but was forced to dig deep after losing the second. Perez then held her nerve to close out a 6-0 4-6 7-6(2) victory after two hours and 37 minutes on court.

World No.239-ranked Perez, who is aiming to qualify at a major for a first time, faces No.17 seed Greet Minnen of Belgium for a place in the main draw.

Like Perez, Storm Sanders is also through to the final qualifying round at a major for the first time in her career.

The 26-year-old Sanders hit 33 winners in a 6-2 6-4 second-round victory against Turkey’s Cagla Buyukakcay.

Yet to drop a set in her march through the qualifying draw, Sanders’ final assignment is a meeting with Switzerland’s Susan Bandecchi.