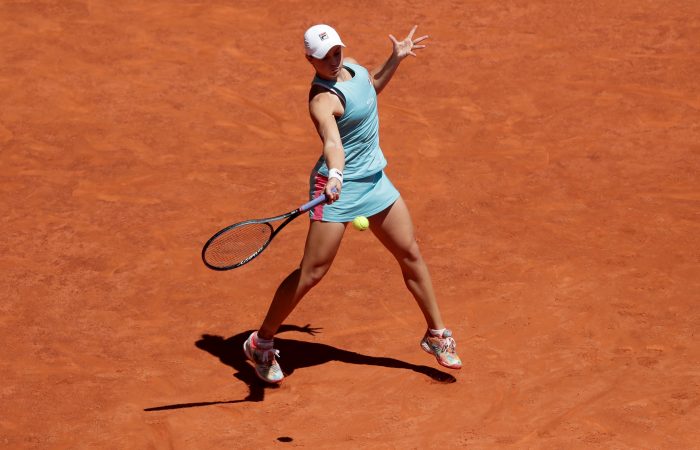 Ash Barty is through to a tour-leading fourth final of the season.

The world No.1 earned her place in the Madrid Open final with a 6-4 6-3 semifinal victory against Spanish wildcard Paula Badosa.

Badosa, the first Spanish woman to reach the semifinals in tournament history, had beaten Barty in Charleston last month. But the 25-year-old Australian made sure there would be no repeat upset, dominating in the 75-minute semifinal.

“You have to learn from every game, every match you play against an opponent,” noted Barty, whose season record is now 25-3.

“I definitely learnt a lot from the match we played in Charleston. There was a small adjustment. I think just learning from some of her patterns, tendencies that came through and showed through in that match in Charleston.

“I think I was just able to control the court a little bit better. I was able to look after my service games a little bit better, build pressure on return games. That’s a massive part of it: not always winning points, but building pressure. Scoreboard pressure can be a big thing. That was a focus for me today.”

Barty, who is now on a 16-match winning streak on European clay, will face Belarusian Aryna Sabalenka for the title.

It will be their third meeting this season, with Barty scoring three-set victories against the world No.7 during her recent title-winning runs in Miami and Stuttgart.

Their career head-to-head record stands at 4-3 in Barty’s favour, with the world No.1 winning three of their past four matches.

Barty is the last remaining Aussie in Madrid, with Alex de Minaur and Alexei Popyrin both beaten in men’s singles third-round action.

Barty’s women’s singles final is scheduled for 2.30am AEST on Sunday. The Australian has claimed the title in seven of her past eight finals appearances and is currently on a five-match winning streak in finals.

Barty is also aiming to become the first Australian, man or woman, to win the singles title in Madrid.