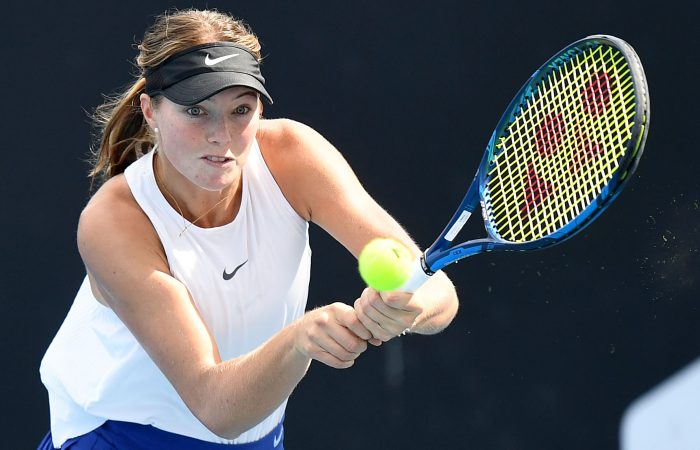 The 19-year-old, who as an unranked wildcard upset world No.4 Sofia Kenin during the Melbourne Summer Series in February, has now won her first professional singles title.

After earning her place in the main draw at an ITF $15K clay tournament in Antalya as a qualifier, Gadecki blitzed the field to claim her maiden title.

Gadecki won seven matches for the week, including a 6-3 6-2 victory against Russian Julia Avdeeva in the final.

Since her stunning Australian summer, Gadecki has built a 16-4 singles win-loss record playing ITF tournaments in Egypt and Turkey. During the same period, she has won 13 of the 15 doubles matches she has contested and claimed two titles.

It is an impressive effort from Gadecki, who only contested her first professional tournament overseas during Australian Open qualifying in Dubai in January.

Gadecki’s title breakthrough also ensures she will better her career-high singles ranking of No.568, which she had set in April.