Australia's Alex de Minaur is through to the second round at an ATP 1000 tournament in Spain. 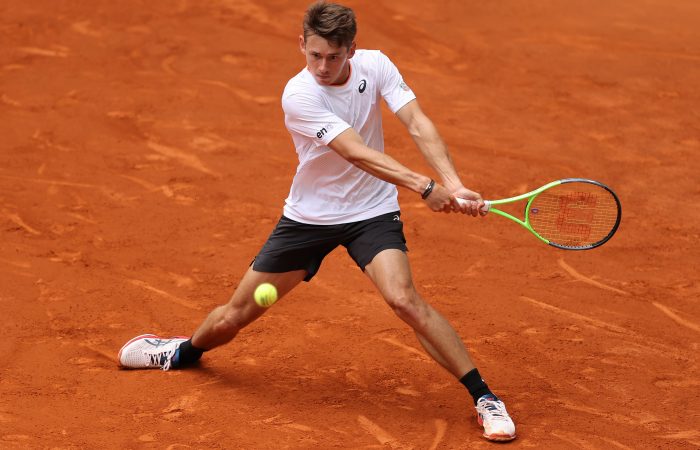 Alex de Minaur has scored a hard-fought first-round win at the Madrid Masters.

“I told myself that whatever happened, I was going to stay positive the whole way. Even if it didn’t go my way, at least I wasn’t going to lose that match because of my attitude,” De Minaur said. “It worked out today.”

It was a much-needed win for the 22-year-old De Minaur, who had lost five of his past six matches.

“This is one of those wins that really helps your morale, helps build a lot of confidence,” said the world No.25.

“It was about an hour and a half of me not being too comfortable out there, not playing my best tennis knowing I could bring a higher level, but just not executing. I’m just very proud how I hung in there. I just kept going, kept trying to stay positive and eventually kept putting myself in a position to break. It finally went my way and I was able to play some much better tennis and tennis that I wanted to play. (I am) very happy.”

De Minaur will play either No.13 seed Grigor Dimitrov or Lloyd Harris in the second round.

Meanwhile, Australia’s Alexei Popyrin earned his place in the main draw with a straight-sets win against France’s Arthur Cazaux in the final round of qualifying. He plays Munich finalist Jan-Lennard Struff in the first round.