Newly-crowned Charleston champion Astra Sharma is one of the biggest ranking movers this week. 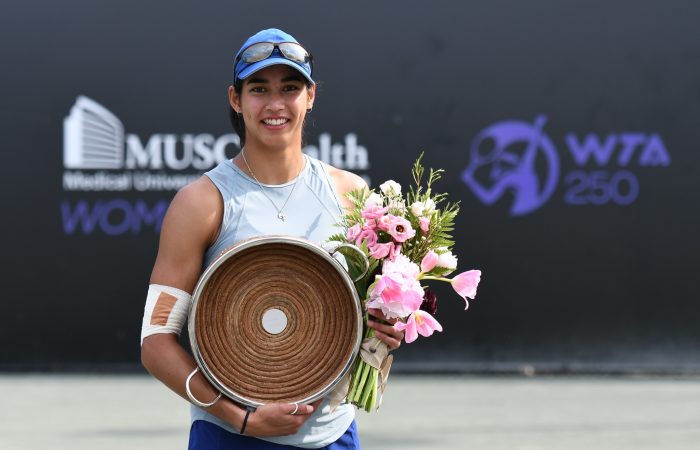 The 25-year-old improves 45 places in the latest WTA Tour singles rankings, skyrocketing to No.120 following her title-winning run in Charleston. Sharma, who was the No.7-ranked Australian woman, leapfrogs peers Sam Stosur, Maddison Inglis, Lizette Cabrera and Priscilla Hon in this week’s rankings.

Storm Sanders continues her impressive rise too, improving four places to a career-high No.166 and moving into the Australian No.8 position after qualifying in Charleston last week.

Alexei Popyrin is at a new career-high in the latest ATP Tour men’s singles rankings. The 21-year-old improves four spots to world No.79 after reaching the Monte-Carlo second round last week as a qualifier.

Jordan Thompson and John Millman have also made ranking gains after winning matches in Monte-Carlo. While Bernard Tomic (currently ranked No.210) and Thanasi Kokkinakis (No.215) are both edging closer to a return to the Australian top 10.

After a finals appearance in Charleston, Ellen Perez and Storm Sanders have made small ranking rises in the latest WTA doubles rankings.

The 25-year-old Perez improves one spot to world No.49, while 26-year-old Sanders moves up four places to No.63 – one shy of matching her career-high ranking.

Luke Saville is at a career-high No.34 in the latest ATP Tour doubles rankings. The 27-year-old improves two places after making his debut at the Monte-Carlo Masters last week.