Kei Nishikori defeats Alex de Minaur in a high-quality second round at the ABN AMRO World Tennis Tournament in Rotterdam. 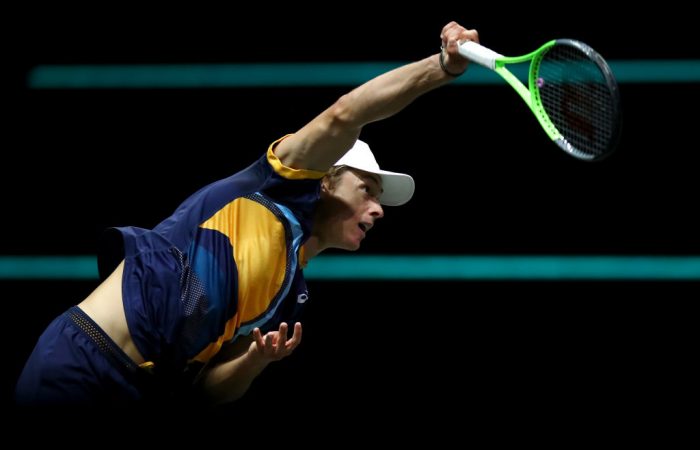 In a high-quality encounter, Nishikori claimed breaks of serve in the third and ninth games of the 38-minute first set.

De Minaur reversed that trend with breaks in the third and seventh games to level the score in the second.

A tight third set, extending to exactly one hour, saw the Australian claw back an early service break before Nishikori closed it out by converting the fourth of his eight break point opportunities.

ATP 500 – Rotterdam: What a brilliant match at the highest level – Kei Nishikori def Alex de Minaur 6-3, 2-6, 7-5 in 2 hours and 14 mins. Not the slightest hint of gamesmanship or posturing – just pure competition.
Kudos to both. pic.twitter.com/pySA66ug2w

It marks a pleasing return to form for the Japanese star, also an upset winner over  No.7 seed Felix Auger-Aliassime in Rotterdam’s opening round.

While that win marked a first top-20 win in over a year for Nishikori – who is currently ranked No.45 as he continues a recovery from elbow surgery late in 2019 – his win over De Minaur ensured his first back-to-back match wins since the 2019 US Open.

There was progress elsewhere for Australian men, James Duckworth recording a 6-4 5-7 7-5 win over Russian teenager Alibek Kachmazov in the first round of the Nur-Sultan Challenger in Kazakhstan.

Matt Ebden defeated Serbia’s Pedja Krstin 6-1 6-4 to reach the second round of the St.Petersburg Challenger in Russia.