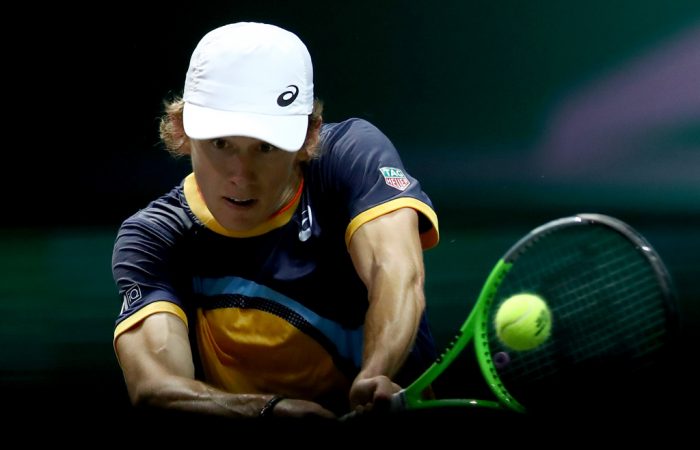 Alex de Minaur emerged the winner of the all-Australian battle at the ABN AMRO World Tennis Tournament, claiming a 6-1 6-4 win over John Millman.

While Millman held serve to love in the opening game, he did not win another service game in the 29-minute first set.

The world No.23 De Minaur maintained the upper hand, winning 10 consecutive games won as he took a 4-0 lead in the second stanza.

There was a recovery of sorts as Millman claimed service breaks of his own in the fifth and seventh games, before the determined De Minaur converted his sixth break point to secure victory.

It sets up a second-round encounter with Kei Nishikori, whom De Minaur memorably defeated for his first top-10 victory at the 2019 US Open.