Australia's Storm Sanders was among the winners in the first round of singles qualifying today at Adelaide International 2021. 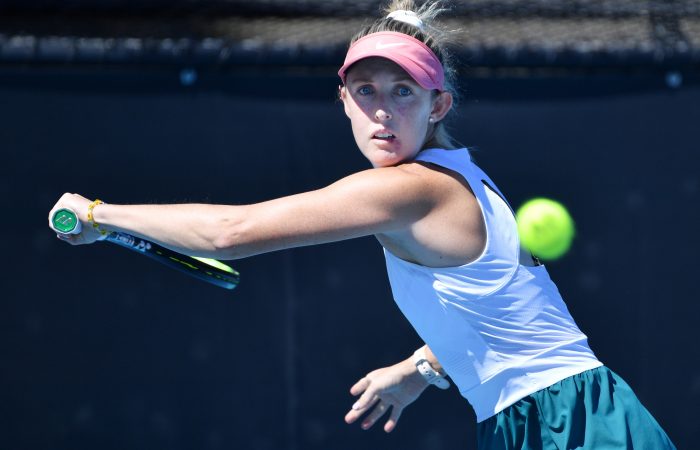 Australia’s Storm Sanders has made a brilliant start at this week’s Adelaide International, recording her biggest singles win in seven years.

The 26-year-old wildcard scored a 6-2 4-6 6-3 victory against world No.66 Bernarda Pera in a first-round qualifying match today.

Pera entered the tournament in good form, having defeated former world No.1 Angelique Kerber at Australian Open 2021. But Sanders proved too difficult today for the 26-year-old American, closing out an impressive win in two hours and 14 minutes.

It is Sanders’ second career top-100 win and first since January 2014.

The world No.291 now plays American Caty McNally, the world No.113, tomorrow for a place in the main draw.

Ellen Perez also scored an impressive win today, defeating world No.98 Wang Yafan 6-1 6-4. It is the 25-year-old Perez’s fourth career top-100 win and first since September 2019. Perez, who is ranked No.238, will play fourth-seeded American Madison Brengle in the final qualifying round.