Winning runs over for Aussies at Melbourne Summer Series 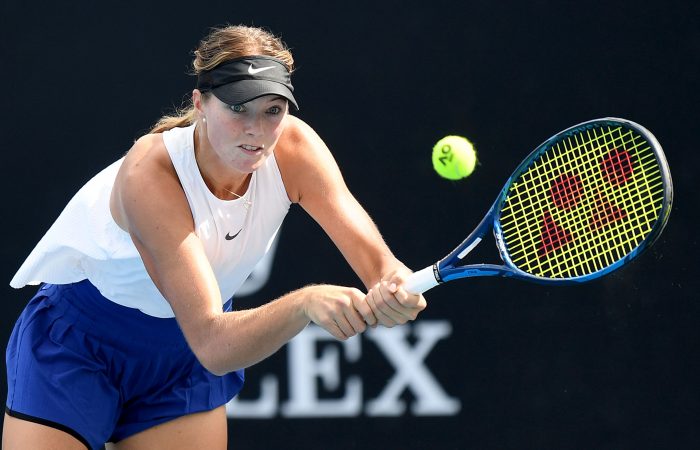 The Melbourne Summer Series has officially come to an end for Australian women in singles competition, with Olivia Gadecki, Kimberly Birrell and Gabriella Da Silva Fick all losing their third-round matches at the Phillip Island Trophy today.

Gadecki created worldwide headlines with her performance at this week’s WTA 250 tournament, which is being run concurrently with the Australian Open at Melbourne Park.

The 18-year-old wildcard stunned American world No.4 Sofia Kenin in the second round, becoming the first unranked teenager to defeat a top-10 ranked player in 24 years.

It was another impressive effort from Gadecki against a more experienced opponent. Peterson’s ability to dictate on Gadecki serve, winning almost 74 per cent of points on the teen’s second serve, proved the difference in their 96-minute match.

The 22-year-old Birrell had also enjoyed a stellar week, recording her first top-100 win in more than two years with a first-round victory against world No.54 Alize Cornet.

The 20-year-old Da Silva Fick was a lucky loser in the draw, who yesterday saved match points to defeat world No.92 Aliaksandra Sasnovich. It was her first WTA main draw win and first top-100 victory.