With a rare extended period at home in Perth, Grand Slam doubles champion John Peers is working hard on his tennis and relishing quality family time. 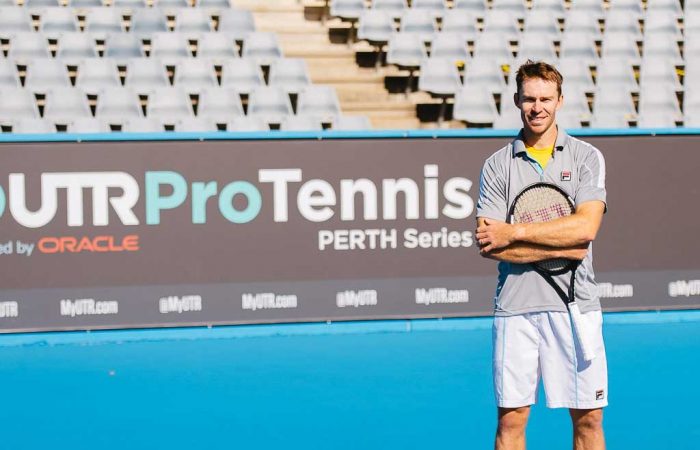 If there’s one quality that’s been an enduring force in John Peers’ major-winning career, it’s a solid work ethic.

A start in the game came literally as soon as Peers could walk, thanks to the en-tout-cas court in the backyard of his tennis-playing family’s home. There were later teenage stints as a ballboy at the Australian Open and Davis Cup, before Peers turned his attention to college tennis in America.

Wisely combining his tennis development with the pursuit of a finance degree at Middle Tennessee and then Baylor University, Peers has demonstrated a healthy degree of balance too.

It follows that Peers, who celebrates his 32nd birthday later this week, also recognises the rare opportunity for both work and play in the tour shutdown.

While maintaining the discipline that’s helped the tour stalwart claim 21 professional doubles titles, Peers has also recognised the priceless opportunity to spend time with his family.

In November 2016, Peers married Danielle Montgomery, a professional golfer. The couple are now parents to two young daughters – Ellie Rose turned three in May, while Harper Grace will soon celebrate her first birthday.

“It’s been busy. It’s been really great for me to be at home with the girls and spend a lot of time in one place with them,” said Peers.

“Seeing them change each day and seeing them grow up is a lot of fun, because we don’t always get to see all the little things that change from day to day.”

@danipeers84 and I are excited to announce the arrival of Harper Grace Peers. Ellie is a very excited big sister. Welcome to the family!

There’s also been the opportunity to deviate from his usual specialty of doubles, with Peers successfully returning to singles to claim the final of the first UTR Pro Tennis Series event in Perth.

“It’s a little bit different, a little lonely at times,” Peers laughed after defeating Scott Jones 6-3 6-2 in the first final earlier this month. “But I’m just enjoying it, being back on court and competing again. It’s been a while since we were able to do it.”

This week, Peers has returned to the State Tennis Centre to contest the second event, where he is the top seed thanks to a doubles UTR of 14.74. 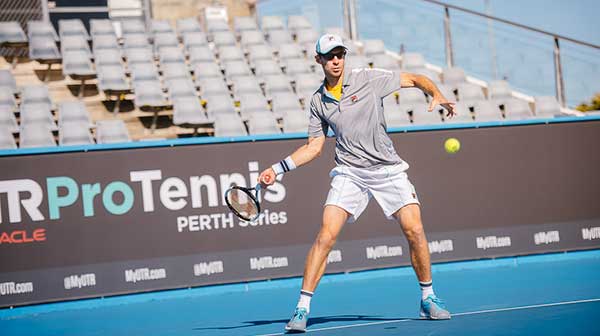 Raised in Melbourne but now based in Perth, Peers has enjoyed the opportunity to both compete and train alongside West Australian players.

“I’ve been doing the bulk of my training out here (at the State Tennis Centre). It’s been good to get out here with the group,” he related. “We don’t get to spend a lot of time here so to be able to get an extended period with the guys has actually been fun and exciting. I know everyone’s been enjoying it over here.”

With mother Elizabeth and sister Sally both former professional players, the team approach is hardly surprising for the experienced competitor, who values the opportunity to positively influence other players.

“I think any time that you can either help out or give them exposure to what the tour level’s like, or even just the training side in groups and what goes on, is invaluable,” said Peers.

“There’s a good group over here, so for us to be able help out is always a lot of fun. I know I enjoy it and hopefully they get a little bit out of it as well.”

There’s considerable expertise for the former world No.2 doubles star to impart. Peers secured his maiden Grand Slam title alongside Henri Kontinen at Australian Open 2017, becoming the first Aussie to win his home major since Todd Woodbridge in 2001.

Returned to an Australian Open final with Kontinen in 2019, Peer earlier reached back-to-back Grand Slam finals with Jamie Murray at Wimbledon and the US Open in 2015.

Peers has in fact claimed at least one doubles title each year since 2013, combining with New Zealand’s Michael Venus to lift his most recent trophy in Dubai in February this year.

Congrats to the 2020 @DDFTennis doubles champions – @johnwpeers and Michael Venus 👏 🏆

“I haven’t had to pack a bag to go away for a very long time and I know that we normally get used to living out of a suitcase,” he said.

“You miss your friends on tour, you miss hanging out with everyone and seeing everyone and competing. We normally compete week in and week out pretty much, so to not do that for so long is very different.”

Even so, Peers understands that a return to international competition is not to be rushed.

“I know everyone in tennis wants to get tennis up and going on a world stage, but I also know that everybody wants it to be done safely. So we’ve just got to bide our time and see what it looks like when we get closer to the time,” he said.

And with many silver linings in the unprecedented tour shutdown, an appreciation of the bigger picture is strong for Peers.

“You’ve got to always look at the bright side. I know everyone’s going through a tough time at this stage, so to be able to have family around you is a huge bonus and something I’m really enjoying,” he said.

“Everyone’s going through similar circumstances so we’ve all just got to band together and see if we can come out of it the other side stronger and better in the long run.”