Lining up for Team Australia in this week’s ATP Cup is a major career milestone for Luke Saville. 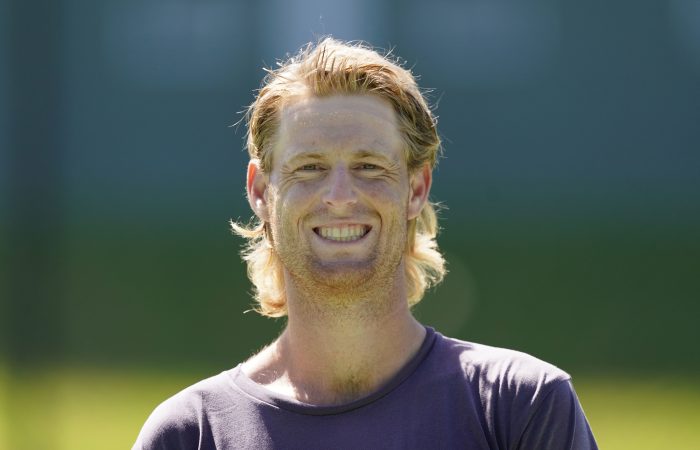 It has been more than 10 years since Luke Saville last donned the green and gold in a representative team competition.

As a 15-year-old, he was a member of the Junior Australian Davis Cup team that won the 2009 title in Mexico.

Since turning professional in 2012, the former world No.1 junior has dreamed of representing his country in a team competition again.

Saville’s patience and perseverance is now set to pay off, earning his place in the Australian team for this week’s ATP Cup.

“I’m super thrilled to get the opportunity to play for Australia,” Saville, who turns 27 today, told tennis.com.au.

“This is a massive highlight for me. I’ve been working very hard for this moment to represent Australia.”

Currently ranked at a career-high world No.37 in doubles, Saville will represent Team Australia alongside Alex de Minaur, John Millman and John Peers. Former world No.1 Lleyton Hewitt, one of Saville’s childhood idols, is the team captain.

“I’ve always loved playing in a team,” Saville said. “I feel my energy on court is quite high and I’ll be feeding off everyone else on the bench too.”

Team Australia has landed in a strong Group B, where they’ll face Spain and Greece in the round-robin stage at Melbourne Park.

“I know there’s no guarantee I’ll be playing, obviously that’s the captain’s call,” Saville said of his personal expectations for the week.

“We’ve got four players in the team who are all very capable of playing doubles. But if I do get the call up, I’ll be ready to play.”

Saville’s confidence is high after a career-best season in 2020. A sensational run to the Australian Open doubles final alongside fellow Aussie Max Purcell was a highlight.

The duo spent 15 weeks on the road at the end of the season, competing in 10 tournaments across eight different countries. They finished a breakout year at the ATP Finals in London, where they were alternates.

“I’ve had four or five weeks since I got back from Europe, I’ve been training really well and looking forward to the ATP Cup,” Saville said of his preseason.

“I couldn’t be in better nick right now. I’ve been doing a lot of great work with my coach and trainer, Mark McGrath and John Trickey, and I feel like my game is in the best shape it’s ever been in.”

Saville and Purcell plan to continue their promising partnership in 2021. The patriotic Saville also lists earning a place in the Australian Olympic and Davis Cup teams as a major motivation.

“Olympics is a big one and Davis Cup at the end of the year,” Saville said of his 2021 goals.

“All I can do is keep my head down, knuckle down, keep practising hard, getting results and hopefully the rest will take care of itself.”