A proven performer at the Australian Open, Aussie wildcard Alex Bolt has his sights set on making another memorable run in 2021. 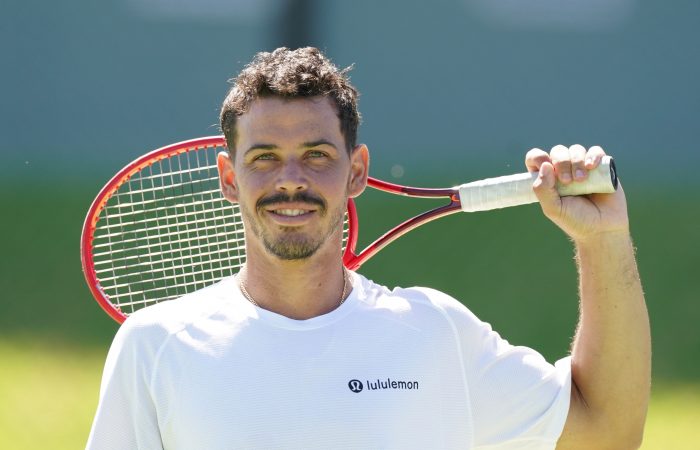 Alex Bolt can’t wait to get on court at Australian Open 2021.

The 28-year-old is preparing to make his fifth consecutive main draw appearance at his favourite tournament, a streak that began when he qualified as a world No.632 in 2017.

Bolt knows how to produce his best at Melbourne Park too and lists a second-round singles victory over seeded Frenchman Gilles Simon in 2019 as his most memorable match.

“I’ve had a few – but the most memorable would have to be my match against Simon, when I came back after saving match points to win in five sets,” Bolt told tennis.com.au.

“It felt like there was 50,000 people in the stands in that fifth set. It was just unreal,” he said.

Bolt defeated world No.42 Albert Ramos-Vinolas in another five-set thriller in last year’s opening round, before extending fifth seed and eventual finalist Dominic Thiem to five sets in the second round.

“It shows that I can stick it with the best,” Bolt said of his biggest lesson from the Thiem match. “It also showed I needed to improve my fitness base. I sorted of petered out in the last couple of sets, but it still gives me great confidence that I can take it to anyone in the world.”

Last year’s tour shutdown provided an unprecedented opportunity to focus on building a stronger fitness base.

After being selected to represent Australia in Davis Cup for a first time in early March, Bolt did not compete on tour again until September. He then contested four tournaments in Europe on his least preferred surface of clay, followed by a two-month training block in Brisbane.

“With all the uncertainly going on around COVID, it took a lot of mental resilience to stay focused, do what I can to get ready and be in the best possible shape when there was an opportunity to play.

“I’ve had a lot of time to hone my skills and get better at a few things. Now I’m really eager to start the new season.”

The world No.173 has been granted a main draw singles wildcard into AO 2021.

“I feel very fortunate to be from a country that has a home Grand Slam and has wildcards to offer,” the big-serving lefthander said.

“I’m trying to prepare the best I can and make the most of the opportunity I have.”

His past success at Melbourne Park, which includes twice advancing to the doubles quarterfinals, provides added confidence.

“I feel like I always play well after a long training block,” Bolt explained of his impressive Australian Open record.

“Also playing at home in front of a great crowd with all the support behind you, that certainly helps as well.”

Bolt begins his season at the Murray River Open, an ATP 250 tournament at Melbourne Park this week.

The Murray Bridge local, who grew up on the Murray River, faces fellow South Australian Thanasi Kokkinakis in the opening round. Bolt leads their head-to-head record 2-1 at tour level.