Getting to know: Christopher O’Connell

Find out more about Christopher O'Connell, who reached new heights in 2020 and is verging on a top-100 breakthrough. 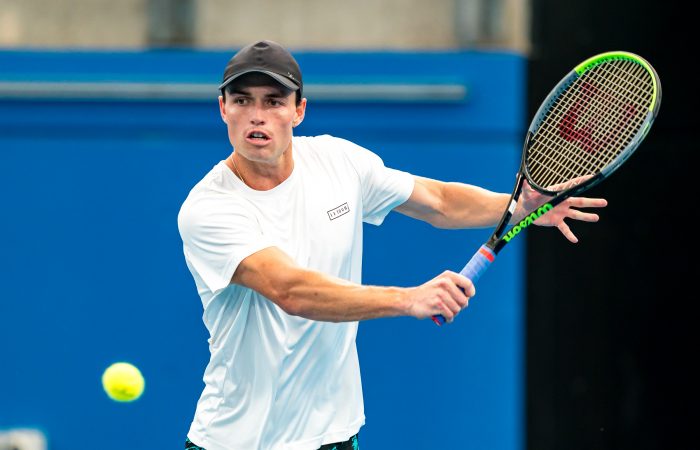 Patience and hard work paid off for Christopher O’Connell in 2020. The 26-year-old from Sydney scored his first Grand Slam main draw win at the US Open and set a career-high ranking of No.111.

The resilient competitor, who has overcome several injury setbacks during his tennis journey, is determined to continue chasing his dreams …

I started playing when I was around five. My mum used to play social tennis and she would put me in the day care at the tennis centre. Once I got big enough, she put me into squads while she would play her social tennis.

When I was growing up I loved Lleyton Hewitt, Pat Rafter and an Argentine player Gaston Gaudio, who won the French Open in the early 2000s. He had a nice one-handed backhand, so I quite enjoyed watching him.

Who have been the biggest influences in your tennis career so far?

My coach Fernando Ibarrola. He is an Argentine who lives in Sydney, and took me on when I was about eight years old. We still work together. He even travelled with me to an ATP Challenger event at the start of the year in New Caledonia. My dad has been influential too. He is always coming to my training sessions and we are always talking tennis. He’s been there since day one as well.

It's one of the fascinating stories of the #USOpen . In 2018, Chris O'Connell hung up his racquet to clean boats in his hometown of Sydney.

Now, the 🇦🇺 is facing Medvedev in the second round.

How did you manage school while developing your tennis?

School wasn’t hard for me to manage because I wasn’t travelling much. My parents were keen on me finishing secondary school, so I didn’t travel the world and play in junior ITF events. I played in some AMTs (Australian Money Tournaments) instead.

A baseliner with a solid serve, who bases my game around my forehand.

What is your favourite surface to play on?

It changes all the time. I enjoy playing on clay week in, week out in Europe. But also I’ve grown up on the Australian hard courts, so I love playing on them as well.

What have been your proudest moments on court?

My first ATP Challenger title win was in Italy on the clay in August last year, that was up there. Also winning my second ATP Challenger in the US, in California against Steve Johnson in the final, that was also a very proud moment of mine. Obviously playing in the Australian Open too, nothing can beat that.

What a difference a year makes.

Chris O'Connell finished the 2018 season outside the Top 1,000 after missing six months with a knee injury.

Now, the 🇦🇺 is up to a career-high No. 149 with his second 🏆 of the year in Fairfield. pic.twitter.com/gwZD9tIZVg

Toughest opponent so far? What did you learn from that experience?

Grigor Dimitrov. I played him in my first Australian Open in 2017. What I learnt is that at that level, the game is just a lot quicker and I needed to adapt to that level of tennis if I want to crack the top 100. Everything was quicker, it was harder to read his serve and I just felt I was rushed the whole time.

What is your favourite country to visit?

I quite like playing the ATP Challengers in Italy. They always get good crowds and generally are at really nice clubs.

Where is the most memorable place you have played?

About four or five years ago I was playing Futures in Croatia on an island called Bol, off Split. That was pretty amazing. It’s a holiday destination – but there just so happened to be a lot of Futures in a row there.

If you could steal any stroke from another player, what would it be?

I’d love to play with Nick Kyrgios. I played with him when we were a lot younger in under 12s, but to team up once more would be pretty fun.

If you were not a tennis player, what career would you have pursued?

I really don’t know, maybe some sort of tradie? I started playing tennis so early and always knew that’s what I wanted to do.

I read a book by Steve Prefontaine, who was a runner from Oregon in the US. He had a quote that I always stick by, which is “if you give anything less than your best, is to sacrifice the gift”.

What advice would you give to other young players hoping to pursue a pro career?

Build a daily routine. I found that has helped me a lot in the past couple of years to improve my ranking a lot more. I plan my week – when I’m going to hit, when I’m going to stretch and have my down time – and stick to it.

What is your favourite food?

How would your friends or family describe you?

A man of few words.

How does being a tennis player make you a better person?

We get to experience things that not a lot of other people do. We get to travel a lot, meet new people and experience different cultures. I think that all helps make you a better person.