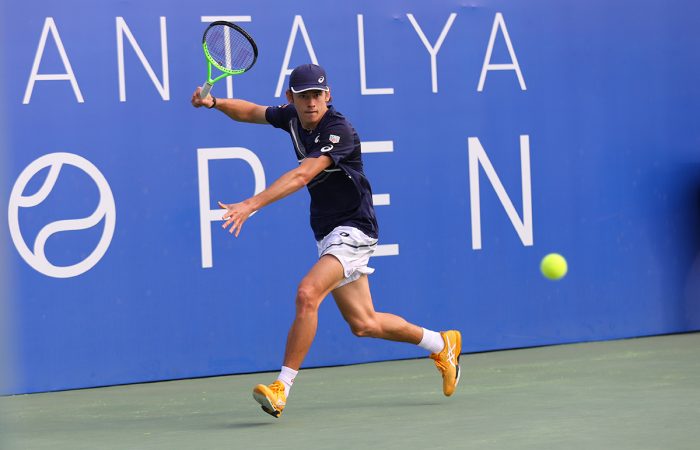 Only 14 points were played in the final, with De Minaur winning 10 of them. The Australian was leading 2-0 when Bublik retired with an ankle injury.

“I twisted my ankle yesterday and finished with an adrenaline rush for the best win of my life. I was so lucky to win. I tried to play. I was in the physio room for three hours yesterday and I tried to get ready for the match today,” a disappointed Bublik told ATPTour.com after his withdrawal.

The fourth-seeded De Minaur had been impressive form all week, only conceding one set in his four earlier matches.

It is De Minaur’s fourth ATP singles title and his first since winning Zhuhai in September 2019.

“I knew I’d put in a great pre-season, I felt good and ready to compete,” De Minaur said. “I gave myself the best possible chance to go deep in this tournament.”

The title win provides added confidence for De Minaur, who will now travel to Melbourne and quarantine for two weeks ahead of the ATP Cup and Australian Open.

“I have got matches at the start of the year. I am very happy with my level,” said Australia’s top-ranked man. “I got some quality wins and now I’m looking forward to returning to Australia, where I hope to have a good Aussie summer in front of a home crowd.”