As we approach the final round of Australian Open 2021 qualifying, there are still several Aussie players in contention to earn a main draw place. 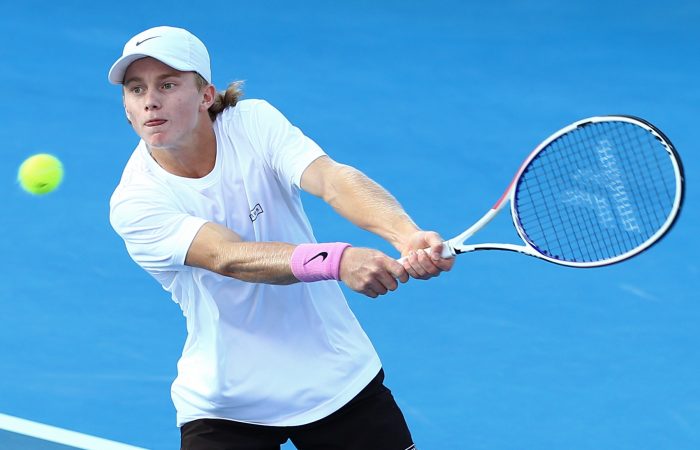 Day three of Australian Open 2021 qualifying has proved challenging for several Aussie players – but the news is not all bad.

At least one Aussie man is guaranteed to seal a spot in the AO 2021 main draw after Bernard Tomic and John-Patrick Smith set up an all-Australian final-round clash.

And Dane Sweeny, a 19-year-old wildcard ranked No.794, received a walkover in his second-round match against fourth-seeded American Denis Kudla, keeping alive his hopes of securing a coveted main-draw place in the year’s first Grand Slam tournament.

“I’d be over the moon,” said Sweeny of that possibility.

His opponent in the final round is Ukrainian Sergiy Stakhovsky, who posted a 7-6(4) 6-4 victory against Australian Jason Kubler in Doha on Tuesday.

Tomic had to fight hard to earn a second-round victory over world No.839 Tristan Schoolkate.

Schoolkate had the momentum in the third set, breaking in the ninth game and earning a match point on his serve at 5-4 40-30.

“I thought I was done,” admitted Tomic.

But two double faults, followed by a forehand error, gifted Tomic back the break.

Tomic, a former world No.17 who is presently ranked No.228, showed his big-match experience in the final stages, dominating the deciding match tiebreak to seal victory after two hours and 28 minutes on court.

“The third (set) was high-level tennis from both of us,” Tomic said. “I should have lost that third set … today was lucky.”

Attempting to qualify at the Australian Open for the first time in his career, Tomic next faces Smith, who overcame Tallon Griekspoor of the Netherlands.

Struggling with the conditions early in the match, the Queensland veteran began to settle into the contest and broke serve in the fifth game of the final set when Griekspoor overcooked a forehand.

“The conditions were horrendous. First set I was just trying to figure it out, to be honest,” Smith said after completing a 2-6 6-3 6-4 win.

“Second and third set were pretty good. The third set I actually played really well. I could have gotten two breaks there in the end, but served it out big time at the end, so it was good.”

The 31-year-old will face his fellow Queenslander for just the second time ever, with Smith also attempting to qualify for the AO main draw for the first time. The world No.315 has reached this stage twice before, only to fall at the final hurdle in 2017 and 2018.

“It’d be huge, I’m telling you,” Smith said of what qualifying would mean to him. “It would be the best feeling.”