Australia's Alex de Minaur has continued his sensational start to the 2021 season, defeating second seed David Goffin in an ATP tournament in Turkey. 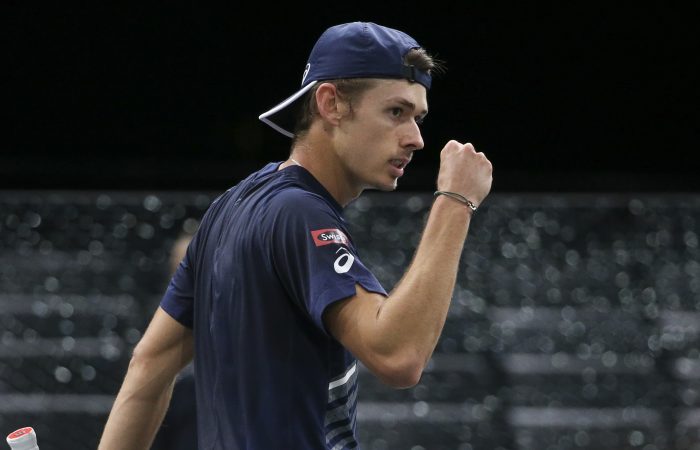 Alex de Minaur is one win away from claiming his fourth ATP singles title.

The 21-year-old Australian advanced to the Antalya Open championship match with a 6-4 3-6 6-2 victory over world No.16 David Goffin.

De Minaur elected to receive in today’s semifinal and it proved an astute tactical decision, breaking Goffin’s serve in the opening game to take control of the match early. Losing only three points from his five service games, the Australian took the opening set.

The second-seeded Belgian fought back, building a 3-0 advantage in the second set. Goffin maintained his newfound momentum to level the semifinal at one set apiece.

De Minaur edged ahead again 3-1 in the deciding set, but Goffin kept fighting and broke back in the fifth game.

The fourth-seeded De Minaur immediately broke again to love – and from there, held onto his lead to close out victory after one hour and 51 minutes on court.

The 21-year-old De Minaur will face eighth-seeded Alexander Bublik of Kazakhstan in tomorrow’s final. It is his first career meeting with Bublik, who eliminated top-seeded Italian and world No.10 Matteo Berrettini in the quarterfinals then overcame France’s Jeremy Chardy in a three-set semifinal.

De Minaur, who has a 3-4 win-loss record in tour finals, won his most recent ATP singles title in Zhuhai in September 2019. The 23-year-old Bublik is aiming to win his first title.