Daria Gavrilova, always up for a challenge

A zestful Daria Gavrilova likes to challenge herself and push new boundaries both on and off the court. An attitude that makes her fan favourite across the world. 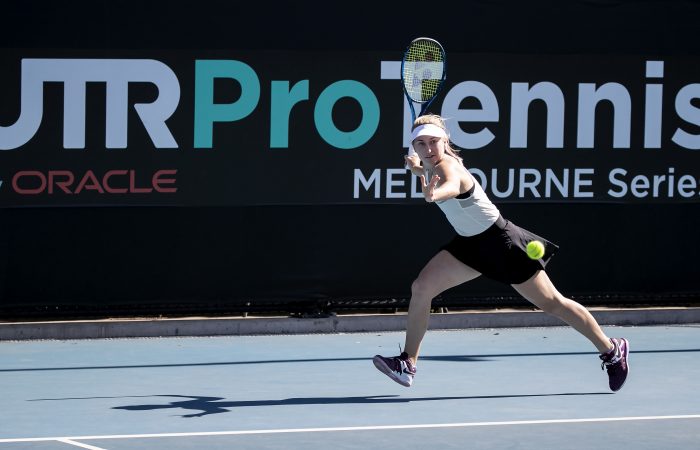 Determination and willingness to have a go has helped Daria Gavrilova soar to great heights already in her career.

The one-time world No.1-ranked junior is now on the comeback from a 12-month injury lay-off and looking to return to the world’s top 20.

The 26-year-old is currently training hard in Melbourne, where she claimed a UTR Pro Tennis Series title last month. It was her first tournament victory in over three years.

Gavrilova is an advocate of Universal Tennis Ratings. She has a UTR of 12.16, on a system which rates all players, regardless of age, gender and nationality, on a single 16-point scale.

“I think the UTR system is pretty accurate,” says Gavrilova.

“I’ve played some practice sets against boys (while training at Melbourne’s National Tennis Centre) and when I looked up their UTRs, they were at the same level as me. Our matches were actually competitive too. I’ve beaten them and they’ve beaten me, but it was close. I think it’s pretty accurate.”

Although the UTR Pro Tennis Series is split into men’s and women’s competitions, Gavrilova’s example highlights how UTRs can be used to remove gender division in the sport.

This is already in practice at community level across Australia, where many tennis clubs are hosting UTR events. Gavrilova is open to professional competitions following suit in the future.

“It would be cool to play against boys that are around the same UTRs. Hopefully that can happen one day,” she says.

Gavrilova, who currently has a WTA ranking of No.447, defeated world No.28 Dayana Yastremska in the opening round at Roland Garros in late September. It was her best Grand Slam-level win in three years and a promising sign she can quickly scale the rankings again.

“I feel like I’m playing top-100 level,” says Gavrilova, who is rated 135th among all women on the UTR system.

Gavrilova is embracing her career – and life – with new perspective too following her recent challenges with injury and the COVID-19 pandemic.

“I appreciate all the little things a lot more,” notes Gavrilova, who has twice made the Australian Open fourth round.

There were also silver linings to spending most of the year in Melbourne’s strict lockdown.

“My family – my brother and my mum – they actually got stuck here because of COVID-19. It’s a good place to be stuck, to be honest, and it’s meant I’ve reconnected with them,” she reveals.

“They live in Russia and I haven’t been able to see them all that much since I moved here, so it’s been nice to spend time with them.

“I accumulated a few new hobbies too.”

The 2016 Olympian is even considering turning a newfound passion for jewellery making into a side business venture.

I started making bracelets because I could never find a tight enough fit so I could easily play tennis or do gym! I really want to make my own online shop but I have no idea where to start! DM me at https://t.co/O2GSjmF48J🥺 also, hope no one steals this idea 😂 pic.twitter.com/lLwcy4SA0R

“I’m making a ton of bracelets. I don’t even know if I will have clients, but I’ll try,” she says.

That attitude – both on and off the court – preludes to exciting times ahead for Gavrilova in 2021.

There could also be more titles to celebrate in 2020. Gavrilova is competing in another UTR Pro Tennis Series event in Melbourne this week and is one of four nominees for the WTA Tour’s Fan Favourite Award.

> Vote for Daria Gavrilova in the WTA Tour Fan Favourite Award below.

It's time to vote ⬇️