Luke Saville and Max Purcell progress to their second ATP semifinal in as many weeks. 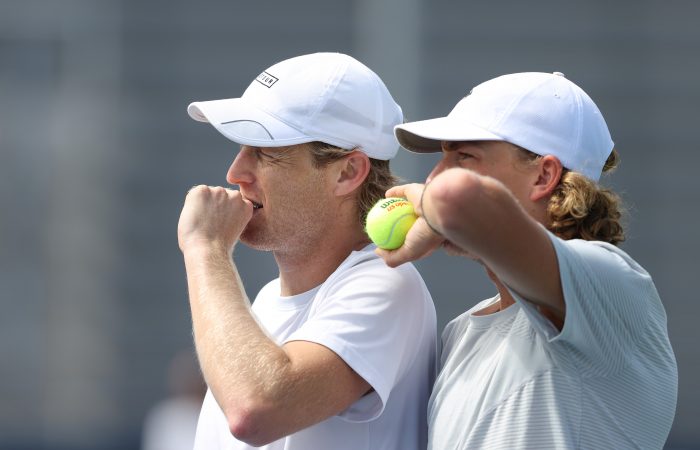 The second seeds recorded a 6-3 7-5 win against Brit Luke Bambridge and Indian Divij Sharan in the quarterfinals.

It is the second week in a row that the Australian Open 2020 finalists have made an ATP Tour semifinal, boosting their hopes of qualifying for the season-ending ATP Finals.

The 26-year-old Saville and 22-year-old Purcell currently sit eighth in the Race to London, with four places still to be filled in the eight-team field.

> Check out the Nur-Sultan doubles draw

It leaves John Millman as the last Australian in the singles draw. The fourth-seeded Millman plays American Tommy Paul in the quarterfinals.